To Catch a Serial Killer… 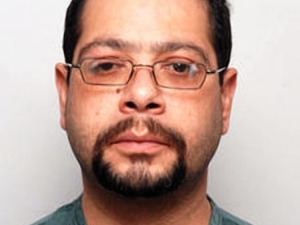 We hear about the great technology in forensic science and the continued advancements every year.  But how effective is it in solving serial murder cases?  DNA testing, along with so many other types of forensic testing, is behind in their backlogs.  That means the perpetrators are free to commit more crimes.

Advancements of DNA testing have helped to close cold cases as well as link cases together.  Every law enforcement department throughout the country has unsolved cases that could be solved through recent advancements in DNA technology. Today, investigators who understand which evidence may yield a DNA profile can identify a suspect in ways previously seen only on television.

Evidence invisible to the naked eye can be the key to solving a residential burglary, sexual assault, murder, and serial cases. The saliva on the stamp of a stalker’s threatening letter, the perspiration on a rapist’s mask, or the skin cells shed on the ligature of a strangled child may hold the key to solving a crime.  Without the investigator’s understanding of DNA technology and where DNA might be found, those cases may have gone unsolved.

The successful review and cold case investigation of unsolved cases require the same basic elements as the investigation of new cases: cooperation among law enforcement, the crime laboratory, and the prosecutor’s office. Investigators should be aware of technological advances in DNA testing that may yield profiles where previous testing was not performed or was unsuccessful.

For example, serial killer Francisco Acevedo was caught last year through DNA in New York.  Yonkers Detective John Geiss, the only police detective working full-time on cold cases, linked Acevedo to DNA evidence from cases that occurred in 1989, 1991, and 1996.  It had been after nine long years of looking at over a 100 suspects in connection with the deaths of three women who were raped and strangled.  All women were found naked, hands bound and bodies facing up.

It wasn’t until Acevedo was arrested for a DUI charge that his DNA sample was taken as a condition of his optional parole application, along with the dogged investigation of a cold case detective.  Acevedo was charged with six counts of murder.  Several other cases in other jurisdictions are now being reexamined.

Cold cases are being solved and prosecuted today.  For those murderers, you can run but you can’t hide forever with forensic science.