Posted on June 2, 2011 by jchasenovelist 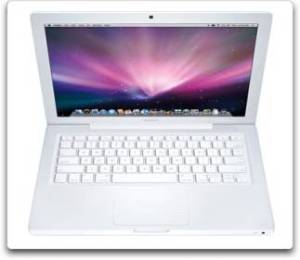 We all have been made aware through cable news stories, magazine articles, and our own friends about the crimes that can be committed using a computer.  There is the growing menace of cyberbullying, through which (mostly) young people leave cruel remarks on Facebook or post embarrassing videos on YouTube.  Viruses can infect your computer and steal personal information such as your credit card numbers, driver’s license, or any other details you have ever submitted to a website and suddenly your identity is no longer your own.  The laws and the court system are struggling to keep up with the new ways in which criminals are finding to use technology to commit acts that harm our sense of security and sometimes our very lives.

What about the possibility of your computer being used actually to catch a criminal in the act?  That’s exactly what happened this week in Oakland, California when a taxi driver who had stolen an Apple MacBook was arrested after being caught on camera using that very item.

The owner of the MacBook had installed software called “Hidden” which took photographs of the thief using the computer on his sofa, in bed, and even while driving.  The man unknowingly created his own crystal clear mug shot every time he looked at the screen.   The program also captured screenshots of the thief changing accounts and logging into his Facebook account.

Joshua Kaufman, the rightful owner of the MacBook, created a blog entitled “This Guy Has My MacBook” and posted the photos he received online for the entire online audience to see.  With the help of the Oakland Police Department after two months of going it alone with his blog, the thief was apprehended.

In my second novel, Dead Game, I feature a character who uses the virtual world to lure his victims to their deaths.  This work of fiction shows the dark side of technology, while Mr. Kaufman’s smart thinking shows us one way in which our computers can help us find justice.