Criminal Profiling – An Overview of a Threshold Assessment

Posted on April 4, 2012 by jchasenovelist 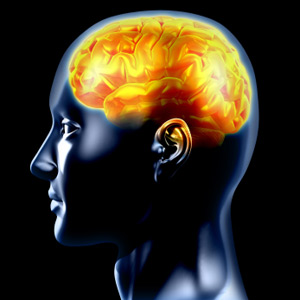 It’s no secret that my primary interest is in the mind of a criminal – more specifically, the mind of a serial killer as well as the behavioral aspects of a crime scene.

My latest crime thriller Dark Mind delves deeper into the psyche of a serial killer known only as Keo to readers until his identity is revealed.  Vigilante detective Emily Stone uses her innate abilities and creates a profile of the killer using these techniques.

In Compulsion, Emily Stone’s love interest Rick Lopez uses a form of profiling called a “Threshold Assessment”.   He carefully weighs the evidence from the serial homicide crime scenes, criminal behavior patterns, and victimology to begin to put together a preliminary profile of the serial killer.

I’m frequently asked, “What’s profiling and how does it work?”

Many people think of profiling as some type of psychic or other intuitive paranormal ability and not something that should be used as a practical resource in all types of criminal investigations.

There are two types of effective profiles that can be used: threshold assessment and criminal profile.

Every investigator or detective should know how to incorporate profiling into his or her investigations as an investigative tool.  It should never be done in place of a solid investigation; however, it should be one of the pieces available in the criminal investigation arsenal.

No two crime scenes occur in the same way or are ever exactly alike.  This is where it’s important for the investigator to use his or her analytical and deductive reasoning skills in a completely objective manner.

According to criminal profiler and forensic scientist, Brent Turvey, a Threshold Assessment refers to a document that reviews the initial evidence of crime behavior, victimology, and crime scene characteristics of a particular case or a series of cases.  This profiling procedure is the evaluation of what is understood to be fact about a particular case or cases and does NOT render the conclusions or opinions of a full criminal profile report.

A Threshold Assessment should include the following:

All of this information is helpful in creating a full criminal profile, which is a “court-worthy” document that incorporates all of the physical and behavioral evidence relating to the known victimology and crime scene characteristics of the offender responsible for the crime or series of crimes.  This profiling document concludes with the opinions and conclusion of the profiler of the most logical suspect for the case or series of cases.

Criminal profiling shouldn’t be limited to just homicide investigations; it can used for burglary, rape, and arson investigations as well.

Check out the profiling techniques I’ve incorporated into Compulsion and Dark Mind and see if you can solve the case first.

6 Responses to Criminal Profiling – An Overview of a Threshold Assessment