DNA Offers Lead in Child Murders from Thirty-Five Years Ago 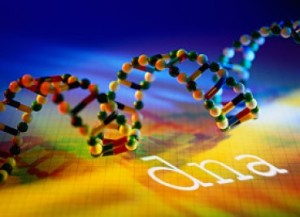 In yet another instance of our amazing members of law enforcement never giving up on bringing predators to justice, there is a new break in the killings of four children in Michigan thirty-five years ago.  The story is one that absolutely would have my fictional protagonist Emily Stone on the case with an unwavering focus, and that is returning to the forefront very real crimes that happened two generations ago.

Four children were kidnapped and killed in Oakland County, Michigan between 1976 and 1977.  They were between the ages of ten and twelve.  While there previously had been no official link between the murders, authorities long suspected that the crimes were done by the same person.  Now, thanks to technology that was only a hopeful vision in the 1970s, mitochondrial DNA from hairs found on the bodies of two of the victims have established a link.  These same DNA results came back on hair found in a 1966 Pontiac Bonneville that belonged to a person of interest when the crimes occurred.

That car’s owner, Archibald Sloan, is serving a life sentence for criminal sexual conduct, but tests done on him after this DNA connection was made prove that those discovered hairs do not belong to him.  But, perhaps he has some important details about other men who may have used his car for their own evil purposes.

I appreciate the foresight of investigators thirty and forty years ago who carefully collected evidence that was not particularly helpful to them at that moment, but who realized that someday those who followed in their footsteps might have the ability to use hair or fabric or a tooth in ways they never could.

I imagine that, for police officers, nothing is more horrific than investigating the murder of a child.  And, at the same time, there probably is not an element of the job much more rewarding than bringing that killer to justice.  I hope there is a chance to do just that in Michigan soon.