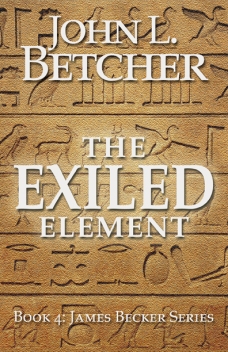 I’m very pleased to introduce a wonderful thriller author John Betcher to Thriller Thursday Interviews.  He’s an author to watch with his award winning, best selling James Becker Series.  My Kindle is now loaded with all of the books in the series.  John Betcher is someone I’d like to have a cup of coffee with (in my case tea) and have a good conversation about writing thrillers.

In response to recent turmoil in Egypt’s intelligence community, the CIA has recalled Beth Becker to active duty. Though she accepts the assignment, the backstabbing and deceit she finds festering within the Agency remind her why she retired from government work in the first place.

Meanwhile, her husband, “Beck,” stays home in Red Wing, helping Chief Deputy Sheriff, Doug “Gunner” Gunderson, formulate what should be routine security plans for a visiting dignitary. But a less than stellar private security firm, and a determined sniper, result in a crisis situation that stretches our heroes’ abilities to their limits.

Filled with intrigue, humor, and ripped-from-the-headlines action, THE EXILED ELEMENT will remind you why you came to love the Beckers in the first place.

Jennifer Chase: If James Becker was trapped in an elevator with three other people, how would he devise a plan to escape? Would he take any of the people with them?

John Betcher: James “Beck” Becker is a retired military intelligence operative. He’s in his forties and very fit. He has a pretty cool head, so if he were trapped in an elevator, he’d be very patient about awaiting the “elevator repairman,” especially if the other people in the elevator weren’t his friends and didn’t know of his “special” background. But if he was pressed for time, he’d escape via the ceiling hatch, then climbing up to the next floor and opening the exterior doors to the hallway. He wouldn’t bring anyone with him, because most folks would get hurt doing that kind of stuff. But he would make sure help was on its way before he left the building.

I realize this isn’t a particularly “creative” escape plan. But Beck believes in keeping things as simple and straightforward as possible.

Jennifer Chase: Hey, nothing wrong with a straight forward kind of guy.  So how do you get inside Becker’s head when writing?

John Betcher: Beck thinks a lot like I do (which is not to say that I can pull off his heroics). So it’s not usually hard for me to think like Beck. He’s logical, prepared, patient, determined, thorough, and a creative thinker when circumstances require.

Bottom line…I just think, “What would I do if I had Beck’s abilities and connections?”

Jennifer Chase: I’m getting a good picture of Beck in my mind.  How would you describe your specific genre?  If you could write in any other genre, what would it be and why?

John Betcher: The genre for the Becker books is suspense/thriller. If I could write intriguing middle grade books, I would do so in a heartbeat. There are no more appreciative book fans than the middle grade group. They’re so enthusiastic and anxiously anticipate the next book from their favorite authors.

Jennifer Chase: So why should readers pick up your books?

First of all, my books all address ripped-from-the-headlines subjects. All the research is extraordinarily current, and YOU WILL LEARN interesting information about some brand new technological or scientific subject.

Second, you will enjoy my main cast of four characters. They don’t always play well together; but each respects the others for their honesty, competence, and consistent moral compasses. Beck and his wife are also very much in love, and theirs is a relationship that delights many fans.

Third, by the time you reach the end of the book, you will have received an education on some topic of world concern. May will probably be motivated to take some action to fix the world when you’re done.

Jennifer Chase: Excellent! I love to learn new things.  What types of emotions will readers experience when they read your books?

Readers WILL NOT feel depressed because of my characters’ suffering, because I don’t dwell on angst and regrets, and will not be shocked by excessive profanity, violence, or explicit sexuality. I leave the extent of those issues mostly to the readers’ imaginations. The good guys are generally positive (and often even funny) even when they’re circumstances look bleak. So readers can plan to enjoy themselves from the beginning of the book to the end.

Jennifer Chase: I love the way you can really explain your books with the emotional aspect.  Now, please bear with me, it’s time to play word association with Beck. Please respond with one word that comes to mind (in your main character’s voice) to the words listed below.

Thanks very much for inviting me to stop by today for this chat. All the best to you and your readers. Cheers! John 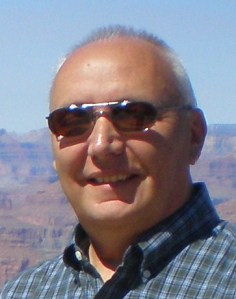