The Psychology Behind Loving a Killer

Posted on November 22, 2014 by jchasenovelist 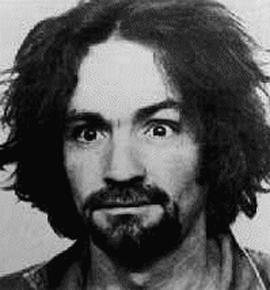 As regular readers of my novels or this blog (or likely just anyone with whom I strike up a conversation) will know, I have a longstanding fascination with the criminal mind. What makes a serial killer commit the heinous acts that he does? How does a person come to show complete disregard for the life of another? I have spent time in classrooms and in the field learning about forensic psychology and how experts put together such detailed profiles of the predators they are trying to catch.

But you know what is just as interesting to me? The psychology of the person who loves the killer and is drawn to his supposed charms. We know that prisoners get married behind bars regularly, sometimes to spouses who began corresponding with them only after they were found guilty of awful crimes. And now one of the most infamous prisoners in America appears to be preparing to take a bride.

Charles Manson, who is serving a life sentence in California State Prison of the murders of seven people, has requested a marriage license and plans to become 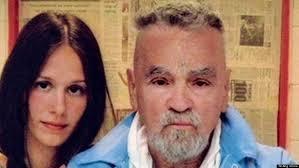 a husband to Afton Elaine Burton, who goes by the name of “Star.” This young woman,  who is only twenty-six years old, has been communicating with Manson since she was a teenager, even leaving her home so that she could move closer to his prison. Star is adamant about her fiancé’s innocence and has made it her cause for several years.

The psychological power that Manson seems to have over this woman, who is more than fifty years his junior, offers an eerie reminder of the Manson Family that developed in the late-1960s and was comprised of the young men and women who eventually carried out the brutal murders as commanded by Manson. Members of this “family” never wavered in their allegiance, calling out their love for Manson during the murder trials and many of them still serving time in prison today. Could Star have fallen for the same perverted persuasion?

It has been theorized that these women who proposition killers behind bars seek control in a relationship. It could be as simple for these women as wanting the media attention to a myriad of psychological disorders driving them to gain some type of control in their own lives. Either way, both incarcerated serial killers and the women who love them no doubt need more study to understand the intricate dynamics of their behaviors.

I could not help but notice some physical similarities between Star and Manson’s family going to court during his trail in 1970.

Have you read about Charles Manson’s intention to get married? What were your initial thoughts about the woman who wants to be his wife?

Crime has a new nemesis and her name is Emily Stone. She will continue to hunt serial killers and child abductors as long as they are out there.

This is her life. Tag along with vigilante detective Emily Stone in a first time ever “live action” novel short film. Be sure to watch it full screen, turn up the volume, and enjoy.

6 Responses to The Psychology Behind Loving a Killer