Posted on October 23, 2010 by jchasenovelist 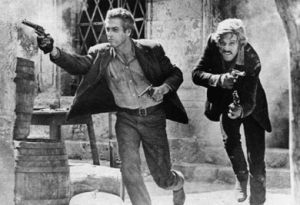 Writing a thriller, especially a crime fiction thriller, is challenging and very demanding.  There are so many things that you need to be aware of throughout the story, like pacing, twists and turns, and maybe a surprise ending.  It’s almost like you need a checklist to tick off every time you make it through one of the harrowing scenes.  I don’t just mean on paper either.  It usually feels like you’ve lived the scene a hundred times before you tweak a chapter just right.  That can get pretty tiring.

One of the most important aspects that I find in creating a proposed page-turner is that you need strong supporting characters for your protagonist and antagonist to interact with to move the plot along.  This is one of my favorite parts of writing a novel.  I love to incorporate a character that brings out many different emotions for the hero(ine).

In my second novel Dead Game, I created the charming, but annoying, know-it-all Jordan Smith that really kept my heroine Emily Stone on her toes.  I like creating characters readers can either relate to, or know someone just like them.

In my most recent novel Silent Partner, one of the supporting characters just happens to be a four-legged Labrador retriever named Keno.  Not only is he a dog, but a police dog as well.  For this crime thriller, I wanted to add another dimension to the twisted chase of good guys and really, really bad guys.  Don’t be fooled, this isn’t a warm and fuzzy dog story by any means, it’s a down to the second chase to apprehend a serial killer.

My characters aren’t modeled after “real” people, they are a combination of people and of course my imagination.  However, Keno’s character was in fact my own Labrador named Trucker.  We trained with the local police K9 and I couldn’t think of a better dog to back up Deputy Jack Davis.

On an extremely sad note, as I was writing Silent Partner, Trucker was stricken with an aggressive cancer and three days later I had to put him down.  It was an extremely emotional time for me and this book almost didn’t get written.  But, life goes on and I thought what better way to keep his memory alive and share all of his wonderful traits with readers in  Silent Partner.