Posted on October 11, 2010 by jchasenovelist 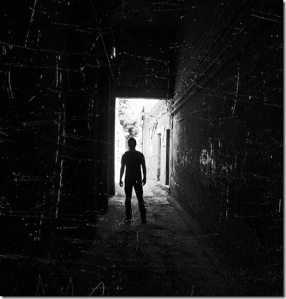 For me, every story I write will not only have a nemesis, villain or an all around bad guy, it will have a serial killer.  My newest thriller, Silent Partner, needed a psychopathic bad guy to round out the storyline.

When you’re creating the plot, storyline, pacing, it’s quite a challenge to create the perfect killer that fits the story.  It’s also another huge obstacle not to create a replica from previously written stories.  It needs to be fresh, engaging, and definitely scary.  You want readers to really hate the killer, be frightened for the other characters, and then root for the good guy.

I had several ideas on how I wanted to approach the antagonist for my hero Deputy Jack Davis.  I knew that I needed for him to be everything that Jack wasn’t, in other words, a ruthless serial killer.

Here are three excerpts from Silent Partner, an introduction into Darrell Brook’s mind:

A smoldering ember from the stub of a generic cigarette lit up the alley.

Within the shadows, a man dressed completely in black, sported a perfectly trimmed goatee and mustache, faced the two men.  He stood up straight from leaning against the graffiti tagged brick wall.  An air of prison experience radiated from him.

Several amateur, jail tattoos of gothic and satanic symbols inked the side of his neck, crudely running down his arms to the backs of his hands in a ghastly presentation.

He took one last puff of his almost nonexistent butt and tossed it on the ground.

The heavyset man nodded in recognition and said, “Darrell”.

Letting out a puff of smoke, Darrell discarded the cigarette.  “Don, Johnny, nice to see you boys on time for once.”

Darrell unzipped his black leather jacket and revealed a 9mm handgun tucked in his waistband.  Commanding respect from the two other men, the distinct impression of alpha male dominated his entire persona.  Obviously in charge, he called all the shots.

Some rest for the wicked (excerpt 2):

For Darrell, tucked inside room #7, the motel provided a necessary, quiet rest stop.  He purposely chose the lucky number, rested and chilled out for the night.

He had dumped the supped-up Mustang in Marina and opted for an older, grey Honda with license plates from another abandoned car.  Blending into the surrounding community bought him more time to finish his plans, the new vehicle provided a perfect cover.

It took Darrell a while to unwind and fall asleep.  Tossing and turning, he tried several pillows.  Killing, cops, and high-speed chases sucked up his normal energy like an energy vampire.

He thrived on taunting the police, sending them on another wild goose chase, giving them a taste of his strong medicine.  He called all the shots, not the cops.  As far as he was concerned, they were stupid, inept, lazy, and it was obvious to Darrell they couldn’t catch him.

He could do anything.

Take what he wanted.

Darrell strolled through the Amtrak train station.  Through the eyes of a well-rehearsed predator, he watched a few midnight stragglers and homeless people.

Immense pressure built up in his veins and he couldn’t stop his compulsive desires, even if he had wanted to.

Obsessed with the rush of feelings.   Fixated on the victim’s fear, to see their face as the last gasp of life dwindled from their lungs.  That sensation kept running through his mind.

He felt small and insignificant when he was around his brother.  Tonight proved different.  Trolling for fresh victims, he resembled an undeniable force.  He reigned in the world of terror.

The more Darrell thought about Tad, the more he wanted to kill him.  The next best thing was to find a surrogate to take his place.

Calmness washed over him.  Similar to a soothing lullaby that kept his tortured body at bay, while his mind remained sharp and alert, taking in everything around him.

A young woman, who couldn’t have been more than nineteen, sat in the farthest corner of the station reading a psychology textbook and sipped a cup of coffee.  Her long, dark hair pulled tightly up and clipped away from her face.  She wore very little makeup and seemed to almost disappear into her baggy sweatshirt and jeans.