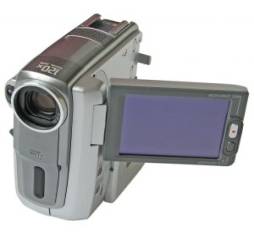 My first two novels, Compulsion and Dead Game, feature a vigilante crime fighter named Emily Stone.  This woman takes it upon herself to track down the most dangerous criminals in her community and then anonymously hands over the evidence she has collected to police before quietly moving onto the next case.  She uses surveillance equipment, determination, and great instinct to bring many violent offenders to justice.

In Rochester, New York, another Emily recently took the law into her own hands.  The twist here, though, is that she was tracking the law itself.

Emily Good was arrested in May for filming a traffic stop that was occurring outside her home.  Although she never left her front yard, she was ordered by the officers on the scene to go inside because they felt her presence was threatening.  Ms. Good refused to leave her yard or to stop filming and she was eventually arrested.  She is now facing the misdemeanor charge of obstructing governmental administration.

The video captured by Ms. Good found its way onto YouTube and now has become quite a sensation, with viewers arguing over where this amateur cameraperson had every right to film from her yard or if she should have followed police orders and filed a complaint later if she desired.

We should find out very soon what a judge thinks of Emily Good’s decision to fight authority with a video camera.

But, in the meantime, what do you think?  Was Ms. Good within her rights to film the traffic stop?  Or, could her presence have been a distraction that placed the safety of the officers in danger?  Let me know what you think!

2 Responses to Woman Arrested for Filming a Traffic Stop