Posted on November 3, 2011 by jchasenovelist 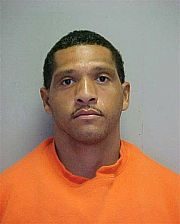 Integrating my fascination with forensic psychology into my writing, all of my novels have made an effort to take readers inside the minds of serial killers—their grandiose feelings of infallibility, their lust for an ever increasing level of blood and violence, and the often innocuous presence they have in their own communities.  While my characters are fictional, I believe they embody the real criminals who prey upon the innocent across our country.  As of this week, one more serial killer has received the justice due to him for his deadly acts and he will not be able to inflict violence on others anymore.

To be fair, Mark Goudeau was already kept safely from society even before he was found guilty on 72 counts of murder, sexual assault, and kidnapping on Monday, as he is currently serving a 438-year sentence for a 2005 sexual assault of two sisters.  But, this week’s decision marks an important moment of closure for the family members of Goudeau’s victims who were still waiting for their day of justice.

Goudeau was known as the “Baseline Killer,” as most of his crimes took place along Baseline Road in Arizona.  The crimes began as robberies and sexual assaults and escalated to murder.  He was convicted of killing nine people, eight of them women between the ages of nineteen and thirty-nine.  He kidnapped his victims while they were engaged in everyday activities, such as waiting at a bus top or vacuuming their car at a car wash, and eventually shot them in the head.

With these new convictions, Mark Goudeau is now eligible for the death penalty.  The sentencing phase of the trial occurs this week as well.  Whether or not he is put to death for his crimes, at least this former construction worker will never have the opportunity to terrorize a neighborhood again as he did in Arizona five years ago.