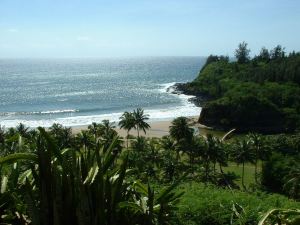 You would think that inspiration for writing crime thrillers would come from the blaring news headlines, horrific true crime accounts, and a wild imagination, but the storyline puzzle pieces can come from anywhere and at any time.

Many times, it’s the small things I see in the community and surrounding areas that is incorporated into a thrilling story.  For example, I may see an abandoned old house on my way to run errands that inspires further thought.  It could be because of the creeping ivy covering some doorway or the dark, shadowed windows making you think of something more sinister or paranormal.  Sometimes that particular abandoned house can evoke more ideas about who lived there and why it has stayed vacant for so long.  Or, in my case with the Emily Stone Series, I may think that this might provide an important clue for my heroine or a place where a child abductor might hold up.  All this from a simple gaze at an abandoned house that I had seen a million times.

Finding inspiration from creepy or mysterious places is easy.  But what about beautiful places?  A pristine beach, magnificent mountaintops, and luxurious waterfalls remind of us beauty, inspiration, relaxation, and vacations.  All of these beautiful places reflect positive feelings and memories. 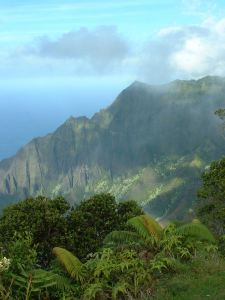 As a writer, no matter what I’m doing or where I happen to be at the moment, I find myself thinking about storylines.  I’m sure most writers would agree with me.  Some of my best ideas come when I’m in the shower, vacuuming, or driving in traffic.

Several years ago, I was on vacation in Kauai enjoying all the magnificent sites around the island.  I sat on a deserted beach, feeling the sun on my face, listening to the gentle lapping waves.  It hit me!  This almost perfect place would be turned upside down if there were a murderer on the loose.  My imagination went through a few scenarios, but I fully didn’t realize the storyline until my latest novel, Dark Mind.

When I saw this little police department, I couldn’t help but to think about how I would incorporate the local police officers into my storyline.  As the plot thickens… (Note: the Kauai Police Department has a nice, modern police station)

When I began plotting my story with the where, when, and how the serial killer would strike, I thought of the picturesque Waimea Canyon along with some others.   I began working out the details to use this area as a crime scene.  I won’t bore you with any details or spoilers, but I used the contrast of a beautiful location as a hideous murder site.

All of these beautiful areas of Kauai inspired me and helped to create a thrilling story.

Can you think of a thrilling novel or movie set in a beautiful location with murder and mayhem?

Vigilante detective Emily Stone continues her covert pursuits to find serial killers and child abductors, all under the radar while shadowing police investigations.

Emily searches for an abducted nine-year-old girl taken by ruthless and enterprising slave brokers. Following the clues from California to the garden island of Kauai, she begins to piece together the evidence and ventures deep into the jungle.

It doesn’t take long before Emily is thrown into the middle of murder, mayhem, and conspiracy. Locals aren’t talking as a serial killer now stalks the island, taking women in a brutal frenzy of ancient superstitions and folklore. Local cops are unprepared for what lies ahead. In a race against the clock, Emily and her team must identify the killer before time runs out.

Available in ebook and paperback

6 Responses to Inspiration for Crime Thrillers Found in Beautiful Places