Psychological Terror and the Movie Villain

Posted on August 8, 2012 by jchasenovelist 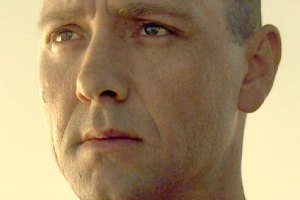 As we approach the end of the summer movie season, I’ve had some thoughts about what makes a classic on-screen villain.  I’ve often heard interviews with actors who say that the bad guy is the most fun to play, and I understand why.  They are fascinating!

There are the villains who make themselves physically obvious by wearing a hockey mask amongst a group of unsuspecting teenagers at camp or bear a resemblance to a snake while dispensing evil power and battling a young magician in wire glasses who attends boarding school.

Then, there are the men and women who may not give the appearance of stereotypical evil, but who perhaps are even more terrifying due to the psychological power they hold.  These are the villains I find the most fascinating.  Maybe he is a brilliant therapist who likes to eat people as a hobby.  Or, she could be a mother who insists that no wire hangers are to be used in her home.  He could be a small, unassuming man who leads a police officer to his wife’s head in a box.

As a student of criminal psychology, I believe the mind can be a much more powerful weapon of terror and violence than a person who is physically imposing.  The villains who play with our emotions, who taunt us with their words, and who can offer up a single glance that is more chilling than seeing a gun pointed straight at our movie’s hero are the ones who haunt dreams.

Who is the one movie villain that, above all others, has stuck with you long after you’ve walked out of the movie theater?

What made that character so effective in captivating and horrifying you?

2 Responses to Psychological Terror and the Movie Villain