The Criminal Mind is Different

Posted on September 28, 2012 by jchasenovelist 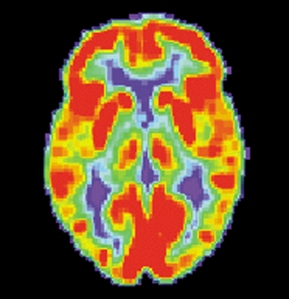 You probably have seen an episode of Law and Order: SVU or Criminal Minds during which the police psychologist explains a brain scan of an accused criminal to a packed courtroom.  It makes for great television, but does this premise reflect real science?  The answer appears to be yes.  With that affirmation comes perhaps the more difficult question – what do we do with that information?

Research published over the last several years shows both physical and behavioral indicators of likely criminal activity.  Scans done on a group of men and women with antisocial personality disorder, a trait that has shown some correlation with criminal conduct, have revealed reductions in two areas of the brain’s frontal lobe and in the amygdala, which is the part of the brain that controls emotion.  A long-term study that followed young children into adulthood showed that those who displayed a lack of fear and a callous or detached attitude when kids more often earned a criminal record as they grew into teens and young adults.

So, what should law enforcement, and medical professionals, do with this evaluation?  Can pediatricians suggest early brain scans and then put certain kids on a watch list?  If a serial murderer kills women across several states before finally being captured, can he show a picture of his brain to the jury and claim that he just couldn’t help it?

It is fascinating and helpful to be able to study a criminal’s mind and hopefully use what we learn to prevent violence in the future.  But, we must be careful to balance these discoveries with the need to maintain privacy and a sense of responsibility for one’s own actions.

How should knowledge about the likely differences in a criminal’s brain be used by attorneys, police officers, educators, etc.?

7 Responses to The Criminal Mind is Different