Posted on March 2, 2013 by jchasenovelist 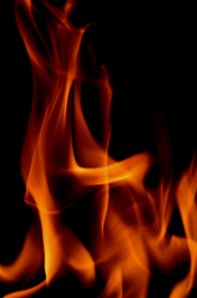 I decided to tackle arson investigations for my soon to be released EMILY STONE THRILLER, DEAD BURN.  Since I love research, I found some interesting tidbits about arson crime scenes.

All crime scenes are documented and processed with the same types of procedures, but arson investigation offers challenges that are more specialized.  Not only are fire scenes extremely difficult to read for what happened and why, but by the time the fire investigator arrives much of the scene has been trampled and altered by fire fighters, supervisors, onlookers, property owners, and others.

Take a look at this statistical information from 2009 to give you an idea of how many arson related fires took place in California.  These incidents are a staggering number of arson crimes.

According to the State of California Department of Justice:

Let’s look at the behavioral aspect that propels someone into setting intentional fires.  The most common motive for arson is the concealment of another crime, such as for insurance purposes.  However, fires have been intentionally set to cover up murder, burglary, embezzlement and fraud.   The individual wants to destroy evidence to make it impossible to identify the victim or clues leading back to the perpetrator.

“One of the most important behavioral concepts to understand is the nature of the relationships between a person’s behavior and their motives, or needs.  Human behaviors are a manifestation of human need.  They are the expression of want, and can be the windows to intent.”  – Dr. Brent E. Turvey, Criminal Profiler and Forensic Scientist.

It’s important to examine the fire crime scene by the action of the individual; meaning, the act of arson is only constrained by the individual’s motive, intent, skill level, and the availability of material.  That’s where victimology plays a big role in the investigation for individuals, groups, and type of property.

Every fire crime scene presents its own natural limits and what the scientific process can reveal.  In cases where the intended target was a person, it reveals the offender’s use of force and can give the investigators a little more insight into the case if they know how and where to look.

There are many differences in conducting a crime scene fire investigation compared to other types of crimes scene investigations.

I like to learn something new with my research to string together several facts to make an interesting fictional storyline or subplot.  I realized that a serial arsonist can not only burn structures and land for whatever motive, but they can capture victims and use arson as a another signature method in the crime.

We’ll just have to wait and see how Emily Stone handles this type of serial killer and all the other obstacles thrown at her in DEAD BURN.

In the meantime, you can read the current available novel with the first three chapters of Dark Mind.