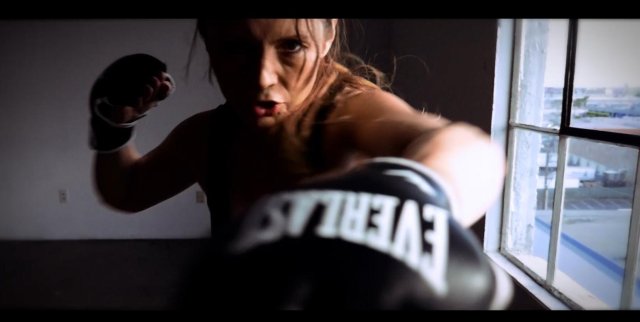 I love reading and writing action-oriented stories. It doesn’t matter if it’s a movie or book—I love all the action with fights, weapons, car chases, martial arts, or an old-fashioned shootout. It may sound easy enough to write, but you might be surprised what it takes to make your fight scene really shine and get your readers excited.

If you’re incorporating some type of fight scene into your story, there are a few things that you should be aware of when prepping for it. It’s not just a one-two punch and that’s the end of the fight. It may look that easy, but I have a few tricks that help punch up the scene.

The first phase to writing a fight scene is to know and understand basic human anatomy. Visit a reputable website(s), borrow a book from the library, or purchase a book for research (highly recommended).

Did you know that you have 206 bones in your body? More than half of those bones are in your hands and feet. Truly amazing. Take a closer look at your own hands. Study the details of the bones, tendons, veins, and how your fingernails are shaped. Think about it and how it would pertain to your characters. The next time your characters are in a fist fight or searching for something to defend themselves with, there are many possible scenarios of what can happen to the body, specifically the hands and feet. Think about injuries, weaknesses, and strengths.

It’s not just about the bones. By having an understanding of where the major organs are located, such as the kidneys, solar plexus, liver, and the heart, it will make the scene much more believable.

I don’t know how many times I’ve read a novel where the author doesn’t understand the difference between a revolver and semi-automatic gun.

If you’re going to use a gun as the character’s weapon of choice, know everything about it—size, make, model, type of grip, how many bullets it holds, how to hold, and how the safety works.

Weapons aren’t just limited to guns. There is a whole host of weapons that could be used in a fight. Besides bare hands, the character can use hatchets, hammers, knives, swords, bats, and just about anything that a person could use to attack someone or defend themselves. I’ve used kitchen pots and pans to implements found in a garden and garage for my character’s fights. The list is endless. Whatever the weapon of choice in a fight—find out everything about it.

If you’ve ever taken a basic self-defense class or some type of martial arts, it will help you on a fundamental level to know where your characters should and shouldn’t stand during a fight. Know the stances, both for defensive and offensive moves. 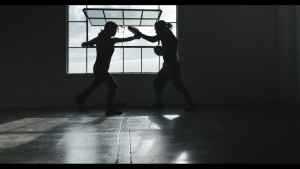 How does your character stand? Where is the position of feet and hands? What are some of the realistic capabilities for your character?

You can watch movie fight sequences or pick up a book on various fighting techniques. Once you put your mind to it, there are almost limitless possibilities to your character’s fighting techniques. Whether your hero is a freestyle amateur or trained fighter, know your defensive and offensive moves.

When you’re preparing to write a story, whether a book or script, make sure to add to the research list your fight scenes. I know that it may not sound like a big thing, but don’t drop the ball on understanding what you need to know for your fight scenes.

You can get as detailed as necessary, whatever the fight scene dictates. Plus, as an added bonus, whatever research you’ve done for one project can work for other stories as well. I think you’ll find that preparing for your fight scenes can be really fun as well as beneficial to the story.

This may seem extreme or even funny, but I cannot express to you how helpful it is to take a plain piece of paper and sketch out your fight scenes—nothing fancy just the basics.

I do this for my crime scenes, when I have a scene with several people involved, detailed action scenes, and when I need the hero to kick some butt in a fight. Even if you’re not an outliner, it’s highly recommended that you outline a good fight scene. It’s actually fun and helps you to visually realize your scene. Try it. I promise it will help you make your fight scene jump off the page…