Posted on March 8, 2019 by jchasenovelist 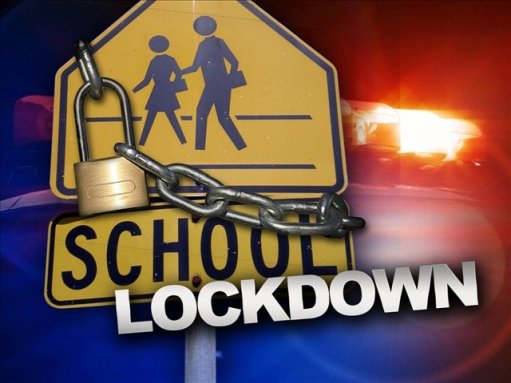 There’s a sad reality now existing in the United States. And that’s because the new normal in an average American school involves mandatory active shooter lockdown drills. That’s right. Our society has become so violent that these so-called active shooter exercises are as a common (and necessary) as good old-fashioned fire drills.

Teachers and students alike are on constant high-alert. And at the whiff of a threat, school officials are trained to quickly turn off the lights, lock the doors and huddle their students into closets. The reality is both frightening and encouraging, in that students are now more prepared – than ever before – to fend off deadly intrusions.

Current estimates indicate that nearly 95% of American schools conduct some form of active shooter training for students and staff. Everything from high concept, movie-like school invasions to more low-key lockdown drills are administered at academic institutions across the nation. And, according to experts, these drills are vitally important in keeping our children safe.

A troubling legacy of the April 1999 massacre at Colorado’s Columbine High School, active shooter drills have now entered their twentieth year of existence at schools. Prior to the Columbine tragedy, the only drills carried out at schools involved earthquakes, tornadoes and fire. But, after the deadly attack at Columbine, which killed 13 students, schools immediately began to assess their security.

The Columbine horror was the deadliest school shooting in the history of the United States up until that point. But, since that shooting, there have been much more deadly attacks, including the horrific, evil killing of 20 small children and 6 staff members in 2012 at Sandy Hook Elementary School in Connecticut.

As a result of these tragic incidents, some schools have turned themselves into fortresses. And, in conjunction with local school districts, the US Department of Education began rolling out recommendations on both safety and fortification measures. In short, school officials were instructed to teach the kids to – run, hide, fight.

What’s the deal with lockdowns?

There are many different lockdown techniques used throughout the country. These so-called active shooter drills vary from state to state, district to district, and school to school. But the common denominator is to maintain the safety of the children. So, regardless of the mechanics of the drill, each lockdown is initiated with the sole purpose of containing the threat and saving people’s lives.

The most commonly used training is known as ALICE, which is an acronym for – alert, lockdown, inform, counter and evacuate. This approach is an alternative to the another commonly used technique, known as “shelter-in-place” which essentially advocates for securing yourself in a locked classroom or closet until the intruder has been apprehended.

The ALICE method teaches students and staff to alert the school of the violent intruder, then to lockdown the premises, followed by informing law enforcement. The final two steps involve countering the attack with an organized approach, and then evacuating as quickly as possible.

Regardless of the technique, all schools adhere to a common mantra when they are confronted with the reality that active shooter drills are the new norm. And that mantra is – save lives. And in order to fulfill the sacred duty of protecting our children, the school’s administration follows this procedure.

First, they must develop an active shooter risk assessment and management team. Then, the school must establish clear roles and responsibilities of each team member, focusing on the strengths of each member. Once the team members understand their roles, the group must implement policies and procedures. These policies are necessary so that everyone has clear guidelines as to what constitutes a threat, the degree of such threat and how that danger must be handled.

After the roles and procedures are clearly established, each member must be trained by experienced law enforcement, emergency management and security experts. And then finally, the leadership team must implement the active shooter protocol and educate the kids and staff concerning the procedures. Another important aspect is for the team to keep constantly apprised of developments in the field, which includes assessments of security techniques and any emerging tactics used by violent intruders.

Over the past ten years, lockdown drills have been mandated by several states, including Iowa, Florida and South Carolina. Many believe that within a few years, almost every state in the nation will have some sort of law on the books requiring schools to administer active shooter training for its staff and students.

In addition to the public sector dealing with the aftermath of the modern school shooting epidemic, private enterprise is reaping the benefits. For example, the company that conducts ALICE Training has recently opened a new headquarters in Ohio and for around $600, this company puts individuals through two days of training. Then, these trained individuals head back to their respective school districts and train the school officials and students. ALICE Training currently has over 5,000 schools as customers, and that number continues to climb.

The warranted concern of students’ safety and the incidental mass hysteria has created a flourishing cottage industry of tactical gear. Some items include stand-alone safe rooms built within classrooms, bullet proof whiteboards, laptops that serve as shields, gun detection systems and survival gear that allows students to remain locked inside classrooms for days at a time. Meanwhile, the US Department of Education is mulling over the idea of potentially arming teachers.

While it is necessary to keep our children safe, many experts continue to ask themselves – do these active shooter drills and increased security measures work? To that end, the killer from the recent Stoneman Douglas shooting used his knowledge of the school’s lockdown procedure to murder more people.

Also, experts believe that these drills are extremely traumatizing for kids, who are constantly reminded that their life could end at any moment. That’s a lot to handle for a 7-year old.

But, on the flip side, we must live in reality, and prepare for the worst – especially when these shootings seem to happen more frequently in recent years.

Regardless of these drills, a more holistic approach is necessary, which includes realistic security measures coupled with addressing the mental health of an increasingly agitated generation of kids.

I would love to hear what your thoughts are on this topic?

Read the latest in the Forensic Mystery Award-winning Series.

SCENE OF THE CRIME, A Chip Palmer Forensic Mystery