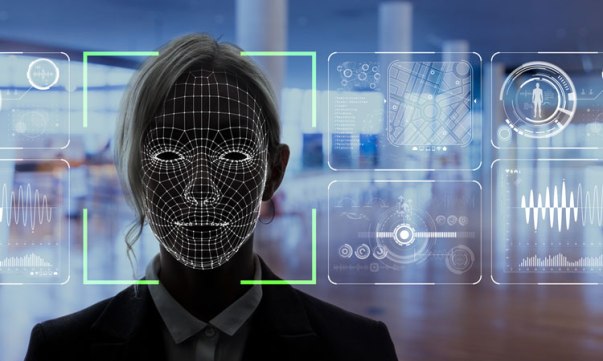 Technology has infiltrated just about every aspect of modern life. And the pace by which technology advances is beyond rapid.

While new technology – in many instances – improves our lives, it simultaneously enhances the nefarious pursuits of criminals. So, in order be a step ahead of society’s underbelly, law enforcement is constantly rolling out new tech.

Here are six examples of how police are utilizing hi-tech tools to combat crime.

For over a century, police have been utilizing fingerprints as a key piece of investigative evidence. Methods for obtaining and accurately matching fingerprints has drastically improved since the early days. Facial recognition and DNA are relatively new, but still have been used for a few decades.

But now, police have been taking advantage of new biometric technologies that enable them to form a more robust picture of a perp. These new technologies assist investigators in making more streamlined and accurate identifications, which include iris recognition, heartbeats, wrist veins, palmprints, voice recognition and gait analysis

That’s right, police can find a criminal based upon the unique stride in his step or the pitch in her voice. For this new tech, local law enforcement agencies rely heavily on the FBI’s Next Generation Identification system, which is the world’s largest repository of biometric information. With these biometric advancements, it is getting increasingly more difficult for criminals to evade the long arm of the law.

Across the globe, police departments are deploying highly advanced robots to acquire audio and visual surveillance in areas that are often too dangerous or difficult for officers. There even exists ‘throwable’ robots that can be literally thrown up – and onto – hard to reach places and thrown down into deep crevices.

Car manufacturers are now designing artificial intelligence propelled self-driving police cars. For now, these cars can only alert human officers of potential crimes, such as drunk and reckless driving. But, maybe in the future, these cars can handle the entire traffic stop. That would be a strange experience.

When police are alerted to gunfire, they immediately spring into action. But pinpointing the location from which the shots were fired can be a time-consuming pursuit. Often, by the time police arrive, the incident has already occurred, and the perps are gone.

Now, using gunfire sensor technology coupled with data analytics, law enforcement can receive quick and accurate information as to where the gunfire emerged. This technology, known as ShotSpotter, is a highly advanced web of sensors, artificial intelligence, and algorithms. This hi-tech system can detect, determine location of, and alert police to, approximately 90% of gunfire incidents within that department’s jurisdiction.

Because it allows police to navigate efficiently and quickly through dark spaces, thermal imaging increases an officer’s situational awareness and personal safety.

Thermal imaging is a more vigorous technology than night vision. And that’s because thermal imaging does not require any ambient light and it retains clarity in any lighting condition. 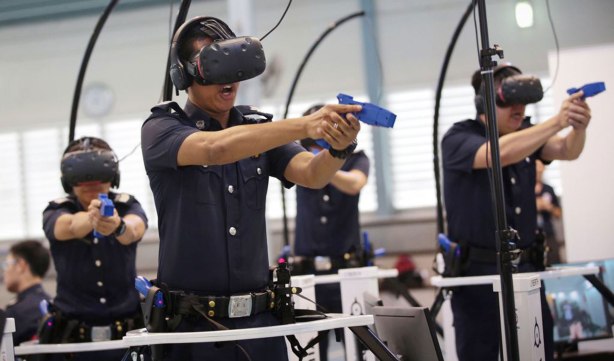 VR simulations are completely immersive in that the technology shuts out the physical world in its entirety. The immersive experience aspect is a huge advantage, because the officers must rely solely on their own mental and physical skills, just like they would in real world scenarios.

In many ways, VR training is superior to “reality” training, especially considering that VR allows those being trained to experience real world conflicts without the risk of physical harm. VR also enables agencies to implement a plethora of immersive experiences, which would normally be impossible to otherwise execute due to fiscal, geographical and risk limitations.

In the age of social media, videos of police officers involved in difficult situations have become extremely popular. In many instances, the limited video technology fails to provide the ‘full picture’ of the scene. And that leads to trouble.

So, in an effort to give a more robust view of police-civilian interactions, body-worn camera technology has drastically improved in recent years.

Some cool advancements include start-of-the-art high resolution images and sound. This development will allow the public to experience crystal-clear visual and audio evidence; thereby eliminating any ambiguity in the exchange. Gone are the days of granular video with garbled audio.

Another cool tech development is a smart holster that activates a body camera immediately upon an officer drawing a gun. Since body-worn cameras are not intended to run the entirety of an officer’s shift, this tech ensures that any officer drawn gun situation will be recorded for evidence.

Other cool advances are body-worn cameras that include facial recognition capabilities, and cameras that provide an immediate alert to authorities when an officer goes down.

These amazing technologies are certainly a great way to improve the safety of police officers and the public. Can you think of any new police tech that should be included on this list?

FLOWERS ON HER GRAVE

A totally jaw-dropping crime thriller with an ending you will never see coming! Perfect for anyone who adores Lisa Regan, Rachel Caine and Melinda Leigh. 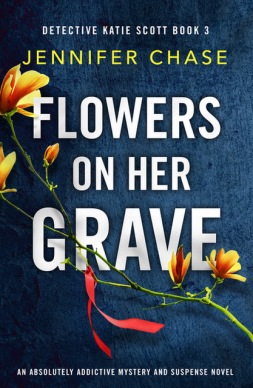 Available in Kindle, Paperback, and AudioBook