Confessed Child Killer Takes His Own Life in Georgia Prison

Posted on January 24, 2012 by jchasenovelist 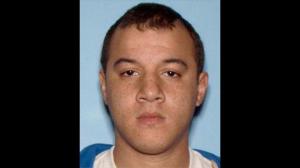 Several weeks ago, I wrote a blog post about the horrific murder of a young girl in Georgia named Jorelys Rivera who was found mangled in the dumpster of an apartment complex several days after she had been reporting as missing.  She was last seen playing with her siblings and a teenage sitter and had let the others know she was heading home for a drink.  Ryan Brunn, a 20-year-old maintenance worker at the apartments, pleaded guilty to the abduction and murder of little Jorelys.  By doing so, he saved himself a trip to death row and instead faced life in prison without the possibility of parole.

Although the state spared him death based on his admittance of gruesome details, including the fact that he slashed the girl’s throat and then beat her to death with her own skate, Brunn apparently decided that his life needed to end anyway.  He was found unresponsive in his Georgia prison cell last week and the coroner has determined that he committed suicide, using his own sweatshirt as the accessory.

Many are glad that, one way or another, Ryan Brunn is now dead and that he will not get the opportunity to live out a long life, just as he had denied that same chance to his young victim.  Others are saying that Brunn got it easy, taking his life on his own terms and not facing the years of guilt he may have imposed on himself and the torment he likely would have received from his fellow prisoners.  Or, perhaps do you see him as someone failed by schools, family, or other support systems that maybe could have caught his obvious psychological problems from a much earlier age?  No matter what, neither Brunn’s life nor his death will bring back that little girl who did not deserve such terror and pain.

How do you feel about this confessed child killer taking his own life in a prison cell?

Would you have preferred different consequences for Ryan Brunn, or is this ending one that sits just fine with you?