Would You Trust a Psychopath? 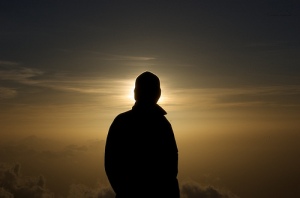 I thought this was an interesting concept to ponder.

The article was based on the working theory that there is a difference between psychopathic individuals who exhibit these types of behaviors and end up in psychiatric facilities or prison and those who seem to evade the law.

Psychopathic behavior relates to the Axis II Personality Disorders.  Individuals who fit the definition of psychopathy also meet the diagnostic criteria for antisocial personality disorder and commit the majority of violent crimes.  The psychopathic personality disorder is generally associated with crime and violence in addition to having the severe characteristics of superficial charm with the lack of insincerity, truthfulness, and remorse.

Many times we hear about psychopaths and it evokes images of serial killers from major motion pictures like Silence of the Lambs or Zodiac.  But in fact, individuals who exhibit psychopathic behaviors can be anyone in society like a neighbor, boss, politician, or even friend.

I’ve made it no secret that I’ve experienced a violent psychopath up close and personal, which acted as my inspiration for writing my crime fiction series.  Actually, to clarify correctly this person would most likely be considered a sociopath.  Difference? Both a sociopath and psychopath share many similarities, but a sociopath exhibits emotional upheavals than their close lack of remorse brother.

Interestingly, there have been studies from the University of Southern California in Los Angeles that suggests, through stressful tasks, would produce an increase in heart rates in male psychopaths that have eluded criminal prosecution than convicted psychopaths.  It was further suggested that the increased heart rate and heightened physiological reaction to stress might assist in their ability to evaluate risky situations in order to benefit from their criminal activities.

It all seems to boil down to whether or not psychopaths who commit crimes can make the right decision based on their physiological reaction to stressful condition, and whether or not law enforcement will catch them.

The concept of two varieties of psychopaths definitely warrants more study and consideration when approaching crime scenes and conducting investigations in order to learn more about how and why these types of individuals commit specific types of crimes.

Have you ever had any experience with someone with a psychopathic personality?

5 Responses to Would You Trust a Psychopath?