Man Kills His Child’s Molester – Is He a Hero or Criminal? 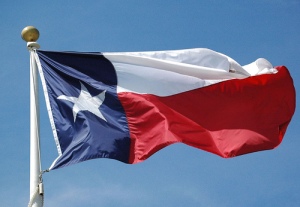 What would you do if you opened a door and found a man sexually abusing your five-year-old daughter?  Most parents I know would find it difficult to control their rage and not start attacking the person committing such a heinous act, and most people I know would not blame these parents one bit if restraint was not a top priority at that moment.  One man in Texas beat his kid’s molester to death, and now the debate as to whether he is a hero or a criminal himself is under way.

The man, whose name has not been released, heard his young girl screaming from a nearby barn, where she had gone to feed the family chickens.  When he found her, he caught a family acquaintance in the act of molesting her.  This father pulled the child abuser off his daughter and then proceeded to beat him with his fits until he died.  The county coroner has determined that the man died of blunt force trauma to his head and neck.

A grand jury now will be examining the facts of this case.  The father was never arrested, but the killing was investigated as a homicide case.  The dad insists that he never intended to kill anyone.  He was overtaken by the intense reaction of seeing his daughter being victimized.  Some legal experts are arguing that despite the man’s intent and the reason behind his violence, he still must be prosecuted as vigilante justice cannot be allowed to supplant the courtroom.

UPDATE:  Before I could post this blog article, the grand jury had reached a decision in this case.

“In declining to indict the 23-year-old father in the June 9 killing of Jesus Mora Flores, a Lavaca County grand jury reached the same conclusion as investigators and many of the father’s neighbors: He was authorized to use deadly force to protect his daughter.”

For me, I absolutely felt the grand jury made the right decision in this case.  However, I can’t help but think (and shudder) that the decision might have been quite different in the state of California.

What might you be capable of doing if you actually caught someone doing harm to your son or daughter?

Do you agree with the grand jury’s decision and the father was authorized to use deadly force?

13 Responses to Man Kills His Child’s Molester – Is He a Hero or Criminal?