Ever Wonder if Your 911 Call Reporting A Drunk Driver Ever Gets Answered? 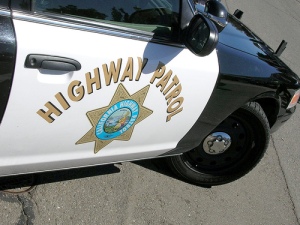 The California Highway Patrol (CHP) is a police agency of California with patrol jurisdiction over all California highways. The CHP also acts as the state police.  It’s a dangerous law enforcement job due to the various road conditions.  They patrol all California roadways and freeways.  They handle all types of traffic stops, road hazards, fires, truck weigh-ins, and they are generally the first to arrive at a traffic accident.

If you live in California, you might have noticed signs posted stating, “report drunk drivers”.  I’ve often wondered if the CHP really receives calls from motorists, if they immediately respond, and do they actually catch the drunk driver.

I didn’t have to wait long to find out.  A main freeway Highway 101 travels north and south throughout the state of California.  It’s a busy freeway, especially in the northern Bay area and southern areas.

A white Jeep, weaving across the highway during the middle of the afternoon, traveling about 80 miles per hour continued to speed and drive erratically.  At some times, he went across the median.  It was clear that this individual wasn’t just texting or using the cell phone.  He was impaired, most likely drunk, and the outcome wasn’t going to be good.

I called 911 on my cell phone and reported the driver and license plate to the CHP dispatcher.  It helped that I know police radio codes (makes the police sit up and take notice) and I gave the immediate, pertinent information.  They thanked me and said that they had received several other calls.

Now, all I had to do was wait.  I’m not the most patient person.

The Jeep zoomed ahead pushing 90 miles per hour and out of sight.  I figured the guy had already taken an exit and the police wouldn’t find him. *Sigh*

About fifteen minutes later, up ahead, I saw five CHP patrol cars.  They had pulled over the Jeep and were in the process of arresting him, hands cuffed behind his back with his head down.

I couldn’t help myself, I had to give a few honks as I drove past.  Thank you California CHP!  You guys rule!

The moral to this story?

If you ever see ANY suspicious activity, car or drunk driver, call it in immediately.

5 Responses to Ever Wonder if Your 911 Call Reporting A Drunk Driver Ever Gets Answered?