New Jersey Man May Have Held Girlfriend Prisoner for a Decade 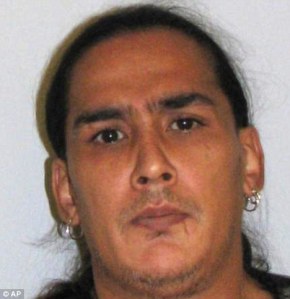 In the series of novels I’ve written that feature vigilante detective Emily Stone, my bold protagonist goes after all kinds of criminals, but has a particular eye for those who abuse women and children.  She has no patience for pedophiles and rapists and no fear when it comes to tracking them down.  I believe she would have enjoyed the opportunity to gather surveillance material on Michael Mendez, a man who was arrested earlier this month for, in addition for the large amount of cash and pills found in his home, allegedly holding his girlfriend prisoner for possibly as long as a decade.

Mendez, a resident of Paterson, New Jersey, had his home searched by the State Police Street Gang unit on suspicion of his involvement with drug dealing. Perhaps the participating members of law enforcement were not surprised to find one of the bedrooms was padlocked.  After all, drug dealers have plenty to hide.  But, I imagine they were not expecting to find Mendez’s girlfriend living behind that door.  Apparently, she was locked in there with a television, a telephone, and a pot that was meant to serve as a toilet.

Not only does Michael Mendez now face serious time for his money-making endeavors, but he also will be answering to kidnapping and false imprisonment charges.

This is an interesting case in which not only is the criminal psychology one to study, but the behavior of the victim leads to questions as well.  Why did she not use the telephone to call for help?  Was she frightened, brainwashed, in love, or maybe she felt as if she would have nowhere else to go?  When appearing in court, the woman defended Mendez, sharing with the judge that she doesn’t like to go outside and he had locked her in the room just that day so that maintenance workers would not see her in her nightgown.  By no means am I blaming this woman for her horrible circumstances, but the student in me is fascinated by the dynamics that exists between this couple.