Posted on September 12, 2012 by jchasenovelist 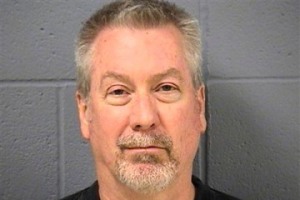 Let’s begin with the premise that police officers are probably not the favorite people of most men who are locked up our prison system.  A man with a badge likely helped those convicted criminals meet the justice that they are now experiencing.  So, what happens when a cop ends up on the same side of the bars as those serving time? And, more specifically, how is that cop going to get along with others when he is an apparent narcissist with a loud mouth who has been found guilty of killing his wife?

Drew Peterson is going to find out.

I’m sure that all of you know this story.  The former officer with the Bolingbrook Police Department was recently found guilty in the murder of his third wife, Kathleen Salvio. She was found dead in her empty bathtub in 2004 in a case that was first ruled an accident.  When Peterson’s fourth wife, Stacy, went missing in 2007, the circumstances surrounding Salvio’s death were reexamined and led Peterson to the outcome he now faces.

While Stacy never has been found, Drew Peterson remains the primary suspect in her disappearance as well, at least in the eyes of public opinion. His antics in front of the television cameras that continued for weeks after she was last seen certainly did not help his cause.

Peterson is awaiting his sentencing to learn how long he will spend as a guest of Illinois Department of Corrections, but it is certain that his stay will be one of significant length.  Will his cocky attitude offer him some protection, as he portrays a man who will not be intimidated?  Will his familiarity with the culture of the prison population help him to integrate?  Or, will his labels of police officer and wife killer make Peterson’s time in prison dangerous and lonely?