Mother of Columbine Killer Wished for His Death

Posted on November 23, 2012 by jchasenovelist 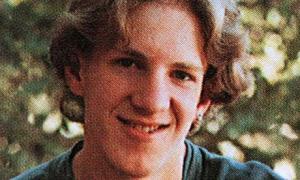 I am sure that just about everyone reading this has a clear memory of how they felt when first hearing the news about the horrific shootings at Columbine High School in April 1999.  Eric Harris and Dylan Klebold killed twelve of their fellow students and one teacher before turning the guns on themselves.  What could make two young men commit such a violent, bloody act?  Was it the result of bullying?  Was Marilyn Manson to blame?  How about video games and slasher movies?  Maybe these simply were “bad kids” who could not be helped.  All of these possibilities were discussed on talk shows and in news stories in the days and weeks that followed.

And, while we shared in the grief of the parents who lost children and wondered how we could go on if put in their shoes, what about the parents of Harris and Klebold?  Of course, many of us wanted to know how a mother and father could not see the signs that something like this could happen.  And, it raised the greater question of what connection there is between a violent killer and his genetics and upbringing.

In an interview for the new book Far From the Tree: Parents, Children, and the Search for Identity by Andrew Solomon, Sue Klebold admitted that, once learning he was a prime suspect in the terror that was unfolding within the high school, she hoped her son would commit suicide.  She wanted him dead before he could harm anyone else.  Can you imagine being a parent and admitting that the world would be a safer place if your kid was taken out from it?

A parent of one of the students injured that day found Mrs. Klebold’s statements to be selfish, utterly concerned about her own emotional reaction to her son’s acts.

Can you understand her perspective of wishing for her own son’s suicide? What are your first instincts when you hear about horrific crimes committed by young people and then think about their parents?

1 Response to Mother of Columbine Killer Wished for His Death