Posted on April 2, 2013 by jchasenovelist 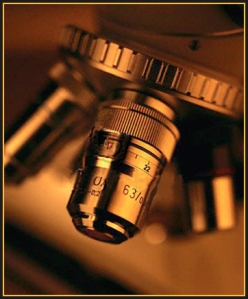 As we go about our daily routines, there are scientists hard at work trying to discover answers for the criminal justice arena, as well as breakthroughs to improve our way of life.  Many of these tests, studies, and theories aren’t reported in most areas of the mass media.

When I have a moment, I love to peruse the scientific world of forensics and criminal psychology to see what is new.  I found three interesting scientific studies that caught my immediate attention and I wanted to share.

Predicting potential violent behavior in young men and boys has been the forefront of many studies for quite some time now.

One such study, I became aware of a few years ago, was conducted by Joel Norris who wrote the book: SERIAL KILLERS.  He was the founding member of the International Committee of Neuroscientists to study Episodic Aggression.   He began to find connections between episodic aggression and serial killers.  It is a fascinating read into the complicated mind and impulses of serial killers.

Last month, a new study, published in Psychiatric Quarterly with research led by Cincinnati Children’s Hospital Medical Center, suggests that a simple saliva test could be a tool used in predicting violent behavior in boys.

Saliva samples were collected from boys between the ages 7 and 9 years old, three times on the day they were admitted.  The test was for three hormones: testosterone, dehydroepiandrosterone (DHEA), and cortisol.  The levels of hormones coincided with the severity of aggression.

“… It could offer a quick way to anticipate violent behavior in child psychiatric units.  Eventually, we hope this testing might also provide a tool to help improve safety in schools.”  According to head researcher, Drew Barzman, MD, a child and adolescent forensic psychiatrist.

Plentiful Trees, Shrubs, and Grass Deters Crime in the City

An interesting article about how the presence of maintained green areas with trees and shrubs is associated with lower crime rates in the Philadelphia area.   It has made an impact on crimes, such as robberies and assaults.  It raises some interesting questions about sustainable green areas in urban locations.

According to an article published in the journal Landscape and Urban Planning, it states that there is a deterrent effect rooted in maintained greenery as well as a potential calming effect, which have led to reduced violent crimes in the Philadelphia area.

I’m not quite sure how they can accurately gauge this theory, but it certainly poses an interesting concept as a contributing factor in deterring crime.

Some of the arachnids have the strongest webs, and scientists have been looking to all of the potential benefits.

A fantastic study has been released where by grafting a spider silk between the epidermis and dermis, it produces an extremely strong skin.

While it failed to repel a .22 bullet fired with normal speed, it did stop a .22 bullet at a reduced speed.  That’s amazing.  Although not quite bulletproof, it still poses some interesting attributes about what it could mean for safety in the future, such as with law enforcement and the military.

Why Do We Cringe at Terrible Sounds?

New Forensic Technologies Could Improve How Crime Scenes are Processed

How Can Henna Help Catch Criminals?

3 Responses to Forensics and Criminology: How’d They Do That?