Are We Soon Going to See Robocop for Real?

Posted on January 29, 2014 by jchasenovelist 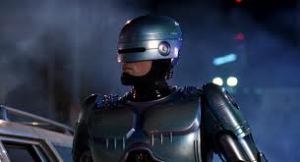 If you are familiar with any of my books, you know that I have a strong interest in the way that technology can be used within law enforcement to track and capture criminals. In my novels, vigilante detective Emily Stone uses surveillance equipment that sometimes surpasses the resources of the local police department. However, a fascinating article that gives a peek into the not-distant future shows us that police officers from the largest cities to the smallest towns are only going to get more high tech.

In a piece on the Fox News site about the “cop of the future,” readers can learn about the gadgets that will be used regularly within the next ten to fifteen years to keep our streets safer. More officers will be equipped with lapel cameras, which can capture images of possible suspects and run them against profiles already on record on just record interactions with the general public, for purposes of protecting both the citizens and the officer from unfair charges of wrongdoing.

There also will be “smart bullets,” that can hone in on a suspect from a distance and maneuver to the target, placing the officer and innocent bystanders at less of a risk. Or, if a police officer is in pursuit of a perpetrator, the newly invented Google glass, which is mounted as eyewear, can be used to obtain real-time information on the suspect and the route he is taking. And, just as our health records are all transitioning to a central electronic system, officers will be able to view traffic citations, arrest records and other relevant information with a couple of clicks on a tablet.

Of course, steps must be taken to ensure that this technology is not used to invade privacy or used recklessly. But if officers are properly trained and the equipment is employed as intended, these advancements appear to have great potential to track down more criminals and keep our men and women in uniform safer.

Please join me on:

1 Response to Are We Soon Going to See Robocop for Real?