Posted on September 2, 2015 by jchasenovelist 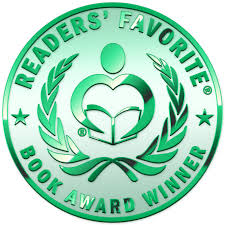 I am very honored and excited to have my latest action thriller DARK PURSUIT receive the Honorable Award in the Fiction/Action category from the 2015 International Book Awards Readers’ Favorite, which was announced on September 1st.  Thank you!  I can say, with inside knowledge, that Emily Stone is just as excited as I am.  Thanks to all of my readers and supporters of the series!  I could not do what I do without you.  You will be seeing more of Emily Stone in the near future.

Emily Stone, former police officer, is a vigilante detective who spends her time hunting down serial killers, particularly those that prey on children. Because of her exceptional profiling skills, she and her partner-lover Rick have closed more serial cases than many seasoned homicide detectives. Her prolific profiling skills and outstanding forensic techniques, along with deductive crime scene investigations, have set her up as major thorn in the side of many serial killers.

This story opens with a vehicle pursuit that immediately grabs the reader’s attention. At the end of the chase, Emily learns the true identity of the killer and almost loses her life in the process. The killer decides to let her live, at least for a while. In this book, Emily and Rick (a former detective), are hunting the Tick-Tock Killer, a serial killer who targets children. The killer is mocking the authorities by telling them where he will dump the next body. This creates a heightened sense of urgency for everyone concerned. Can Emily find and stop him before another child becomes a victim…

The fast paced action and plot momentum keep the reader’s attention to the very end. Although this book is part of a series, there is an extensive back story that fills the reader in on why and how Emily has chosen to pursue this career. The author has created a strong female protagonist that shows strengths and weaknesses. Her characterization is well developed and the plotting is superior as well. I recommend this book for anyone that enjoys great, well-written thrillers.