Posted on December 11, 2017 by jchasenovelist

It’s the unique personalities of people who help make this world an interesting place. Generally, our one-of-a-kind character traits are just harmless little quirks. But sometimes, there is a dark side to our eccentric personalities.

This is because, some of us have developed unique traits in a very dysfunctional, extreme manner. And,  these deviant behaviors generally equate to some form of a personality disorder.

Not everyone who has a personality disorder is a criminal, but many outlaws display the traits of at least one of the following six brain disorders.

The term ‘schizoid’ means a person who has a natural tendency to direct attention to their inner life, and away from the world outside. People who suffer from schizoid personality disorder are generally aloof and detached. And they have no desire to form close personal relationships. Their indifferent to social norms, and to the people they encounter.

Of course, many of us are aloof. But these people take aloofness to the extreme. The strong feelings of detachment, and their rejection of societal conventions can lead people with schizoid personality disorder into trouble with the law.

Why? Because they have no interest in society – or its rules.

As one of the most volatile of the disorders, people who suffer from borderline personality often experience severe feelings of emptiness, and fear of abandonment. These traits lead to extreme emotional instability, which then results in unstable relationships filled with outbursts of anger and violence.

Due to the impulsive aspect of this disorder, coupled with low self-esteem and anger issues, there is no mystery as to why so many prisoners have been characterized as having borderline personality disorder.

The narcissist. One of the most well-known, and reviled of the personality disorders. And why is that? Because – those who suffer from narcissistic personality disorder exhibit extreme entitlement, self-importance and self-admiration. Their constant impulse to exploit others for their own personal gain reveals another one of their traits – lack of empathy.

These self-absorbed, controlling types can easily fly off the handle into an intense rage if they feel slighted. This ‘narcissistic rage’ can often lead to catastrophic results, including a prison sentence for the narcissist. 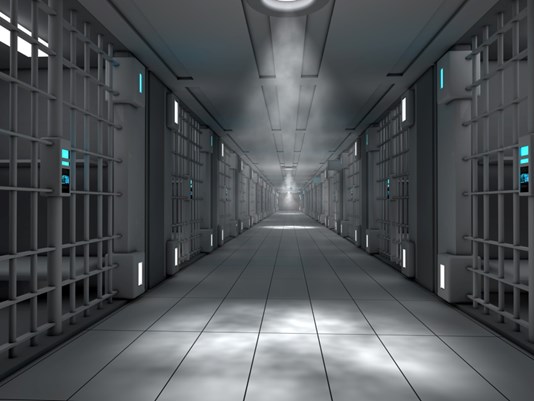 People who have developed avoidant personality disorder are debilitatingly shy – with the added bonus of possessing an overwhelming feeling of inadequacy. Sadly, these people are extremely socially inept, and have a constant fear of being embarrassed or rejected.

The constant cycle of overly monitoring their own internal reactions to situations leads to more socially awkward encounters, which in turn – results in more negative internal feelings. A pervasive pessimistic outlook controls their life. This often results in self-sabotaging behavior, which may encompass criminal actions.

The dreaded and destructive antisocial personality disorder. Found to be more common in men than in women, this disorder can lead to many societal problems. A person who suffers from this disorder has a complete disregard for social rules and obligations, and has no concern for the feelings of others. Many with antisocial personality disorder are described as callous, irritable and aggressive.

Their absence of any feeling of guilt can lead to obvious problems. People with antisocial personality disorder rarely learn any positive behaviors from past inappropriate actions, so they just continue to act in very asocial patterns throughout their lives.

One notable aspect of people with this disorder, is that they can often appear to have many positive relationships due to their superficial charm. Though they may have relationships, they are generally turbulent and short-lived. Because the other party eventually discovers that the outward charm is just that – completely external with no internal depth.

Antisocial personality disorder is the brain disorder that is the most closely aligned with criminal activity. Hence, people who suffer from this disorder are more likely than not to have a criminal record.

This disorder is marked by an obsessive need to be cared for, and looked after, by another. These people also have a complete lack of self-confidence, and they require a great deal of help in making simple everyday decisions.

People with this disorder feel helpless, and inadequate. They abdicate responsibility for their own life over to someone who they see as more powerful and competent. The disorder is characterized by having a naïve, and almost child-like outlook on life (but not in a positive manner.) Because, this naivety opens them up to abuse and exploitation.

Having a strong desire to please their ‘master,’ dependents may engage in criminal behavior in order to satisfy the needs of a highly dysfunctional relationship.

This number is up for debate, depending on where clinicians draw the line between “impairment” and “significant impairment.” But, regardless of the official diagnosis, it is probably prudent for people to seek professional help whenever a personality trait begins to impair your life.

GRAB A COPY OF THE LATEST EMILY STONE THRILLER FOR ONLY  99 CENTS DURING THE PROMOTIONAL BLOG TOUR!