Posted on January 7, 2019 by jchasenovelist

For many of us, the area in which we live is filled with relative peace and tranquility. But, sometimes, a gruesome and brutal crime will occur in our community. And then suddenly, that harmony is turned upside down.

Fortunately, modern forensic science has enabled law enforcement to uncover the mysteries surrounding these horrific crimes. And, in turn, this has led to the extensive hunt and swift arrest of the inhumane monsters who commit these vicious attacks.

Here are a few cases in which the miracle of modern forensic science helped restore peace to anxious and terrified communities.

A Murder in Holland

Situated between the North Sea and Germany, the small nation of Holland is known to be a generally safe place to live. This quiet image, however, was shattered in 1999 after the brutal murder of a 17-year old girl in small northern town.

Despite a widespread manhunt, involving numerous arrests and an extensive DNA search, the perp’s identity was never determined. After thirteen years of an unsuccessful investigation, the case went cold. Then, one day, a member of the police department decided that the case needed to be solved, and that the killer of Marianne Vaastra be brought to justice.

The police aimed to take DNA samples from every man living within a 5-mile radius of the murder scene. Within a short period of time, the killer was identified – a 45-year-old man who resided only a few miles from where the murder occurred.

Shockingly, the killer was not even asked to produce a DNA sample; he voluntarily gave it to the police.

In the mid-1980s, Southern California endured a year-long killing spree by the so-called Night Stalker, who would break into people’s homes during their midnight slumber. He would then brutally attack, and murder his victims.

Claiming 13 lives, the Night Stalker was no closer to being caught until one fateful evening: August 24, 1985. With the entire community on high-alert, a teenager noticed a strange car cruising through the neighborhood. The teenager recorded the license plate, and notified the police. That night, the killer’s latest murder occurred just minutes from where the teenager noticed the car.

Law enforcement subsequently tracked down the vehicle, which had been abandoned. But inside, the police discovered a crucial piece of evidence – a fingerprint. Utilizing a new computer system, the police were able to match the fingerprint to Richard Ramirez, a local 25-year old man.

Within only a few days, Ramirez was hunted down, arrested and sentenced to death. 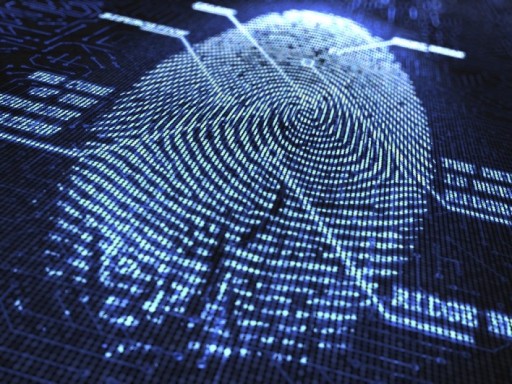 The Mysterious Shoes of British Columbia

Over a five year span, beginning in 2007, a total of 11 shoes mysteriously washed ashore in British Columbia’s Georgia Strait. Theories abound, the local police had no idea where these shoes were coming from. One of the main theories was that the shoes were the result of a serial killer with a foot fetish.

Then a breakthrough occurred; one of the shoes contained bones. After forensic analysis, it was determined the remains belonged to Stefan Zahorujko, a man whose boat had capsized in the area over 20 years prior. The coroner determined the cause of death was accidental. The rest of shoes were attributed to the incident.

Mother Nature was apparently the culprit, and the mystery was solved. The question lingered though – why did only the shoes make it ashore?

Read the latest in the Forensic Mystery Award-winning Series.

SCENE OF THE CRIME, A Chip Palmer Forensic Mystery