Posted on September 30, 2011 by jchasenovelist 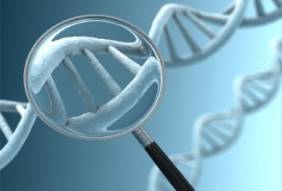 DNA is extremely complex, but we hear the word “DNA” almost on a daily basis in the news and on crime shows.  In 1986, DNA was first officially used to solve a crime of two young girls raped and murdered in the English Midlands.  Today, DNA is commonplace in criminal investigations and court proceedings to link a suspect to the crime and to exonerate the innocent who have been wrongfully convicted.

DNA is a naturally occurring substance and is the main component of cellular chromosomes that is the genetic characteristics in all life forms.  It is a large macromolecule that consists of two strands coiled around each other.  This carries the genetic information that individuals inherit from their parents.  Half of the chromosomes come from an individual’s father’s sperm cell and the other half from the mother’s egg cell.

D-N-A simply means deoxyribonucleic acid.  It’s a nucleic acid that carries the genetic information in the cell and is capable of self-replication and synthesis of RNA. DNA consists of two long chains of nucleotides twisted into a double helix and joined by hydrogen bonds between the complementary bases adenine and thymine or cytosine and guanine. The sequence of nucleotides determines individual hereditary characteristics.

No one has the same DNA, except identical twins.  This scientific breakthrough has incredible consequences in crime scene investigation and has only just begun to be fully realized in the past ten years.  DNA can be taken from body fluids such as blood, semen, and saliva.  For criminal investigators, this high-tech tool is an absolute in comparing fluids found at a crime scene and body fluids taken from a suspect.

In 1989, the first DNA databank law in the U.S. was passed in Virginia.  By 1990, DNA samples flooded in from convicted felons in Virginia prisons.  It was an exciting time to solve cold cases, by 1990 there were many positive hits from this databank.  Most noteworthy was in 1995 that identified the perpetrator that raped Debbie Smith in 1989 in Williamsburg.

With scientific breakthroughs there can come a price, and in this case there is a somewhat heavy price tag.  That price tag is the growing backlog of DNA evidence waiting to be tested.  It hasn’t been any secret that public labs, even in conjunction with a university, have been overburdened with cases.  Out of this need, there have been partnerships between public and private labs to assist in reducing casework backlogs.  It is clear that we will see more partnerships of this kind in the future to help facilitate justice in our court system.

Private laboratories have continued to improve their services and turnaround time frames for criminal cases.  They continue to increase their effectiveness with new technologies and automated procedures with software and products to collect and process DNA evidence.  For the next decade, we will no doubt see the effectiveness of public and private partnerships for the processing of DNA evidence for crimes.

For me as a writer and criminologist, I can’t wait to see more breakthroughs in the forensic science of DNA in this decade.  Criminals should beware because our hardworking, diligent forensic scientists may have your unique cellular chromosome and your fate now lies with the criminal justice system.