Posted on January 12, 2012 by jchasenovelist 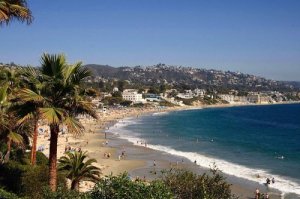 With the way that it’s been highlighted on television programs the past several years, you may think that Orange County, California is only home to wealthy teenagers who spend their days flirting by the beach and “real housewives” who document their marital troubles and new romances for the world to see.  But, the truth is that there is also a significant homeless population in this county, with more than 18,000 homeless in the area over the course of a year.  While living on the streets is dangerous on its best night, those who sleep on the sidewalks of Orange County have had a new threat to face over the past month.

Police have warned the area’s homeless to be vigilant for a probably serial killer who stabbed three homeless men to death in December.  The unknown suspect is described as a criminal who enjoys the hunt and who likely would be considered a sociopath.  Authorities believe that this killer, whose distant image has been captured on a surveillance camera, will strike again so they are urging those on the streets to stay in groups and seek protection at a shelter.  They also are handing out flashlights and whistles to the homeless to offer some level of protection.

Serial killers so often prey on those who are considered by many to be the discards of society—runaways, prostitutes, and, in this instance, the homeless.  Fortunately, the members of law enforcement realize the protection of every individual in this country is important and they are demonstrating this commitment by engaging in several steps to help this targeted population.  I hope that the combined work of the police and the homeless men and women who now fear for their lives daily will bring this despicable criminal to justice before another life is lost.