Posted on February 9, 2012 by jchasenovelist 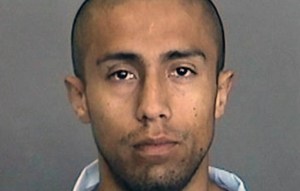 Last month, I posted a piece about an assumed serial killer who was targeting homeless men in California.  Just a day after the article went up on my blog, the suspected murderer was arrested and identified as 23-year-old Itzcoatl Ocampo.  He was chased down by a brave citizen who was alerted to an attack of a homeless man in progress.  And, the information that has come to light since Mr. Ocampo has been behind bars continues to be shocking.

While we may assume that serial killers have a “favorite” type of target, whether that is teenage girls, prostitutes, runaway boys, the stereotypical notion of women who remind the criminal of his mother or, in this instance, homeless men, sometimes their victims offer no apparent pattern whatsoever.  The D.C. sniper shootings that terrorized the greater Washington area in 2002 is an example of that—random men, women, and even a boy approached as target practice while out doing everyday tasks.   It turns out that Itzcoatl Ocampo doesn’t focus his violent attacks just on the homeless population, either.

Ocampo is now being charged with the murders of Raquel Estrada and her son Juan Herrera, the latter of whom being the brother of one of Ocampo’s high school friends.  So, Ocampo’s brutal killings extend to people with whom he shared long-standing relationships.  He had been to Ms. Estrada’s home many times.  But, this familiarity and the bonds of friendship did nothing to stop him from committing murder.  Together, the mother and son were stabbed more than ninety times.

Itzcoatl Ocampo remains in custody and now faces charges of murdering five individuals.  This Iraq War veteran, who served with the Marines until July 2010, will learn what comes next in his case at his arraignment on February 17.

In reading about this case and seeing some of the comments attached to the articles, I’ve noticed there are those who are quick to judge the military and the role they played in creating the psychological problems that Ocampo may be harboring.  But, let’s be careful in making these accusations and remember this is one disturbed individual who callously snuffed out five lives.  Ocampo won’t see the outside of a prison again if found guilty of these crimes.