Me, Myself and Hitchcock

I have lived most of my life in the Northern California area.  I find that I still enjoy the beautiful cities, towns, and various attractions every year.  California is a large state with vast climates of mountains, deserts, ocean, bay, and lakes in both rural and city settings.   It’s one of the reasons that I enjoy living and writing here.

It’s no secret that I love the cinema and photography.  Artists, filmmakers and writers love to use California as a backdrop to their stories.

One particular filmmaker stands out to me, who also loved to film in the Northern California area, was Alfred Hitchcock.  He was rightly dubbed “master of suspense” as a film director and producer.  It was suggested that he literally developed the “thriller” genre.  His films spanned the years from 1921-1976, but his movies still stand the test of time even today. 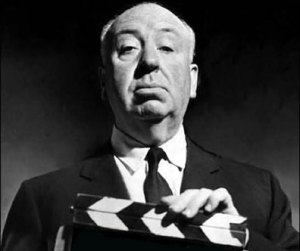 Some of my favorite films include: Vertigo, Rear Window, Strangers on a Train, Spellbound, Notorious, Dial M for Murder, The Birds, and Psycho.  Hitchcock inspired many filmmakers, such as De Palma, Spielberg, Kubrick, Brooks, Lynch, Burton and the list goes on.

Hitchcock had an extraordinary ability to make audiences feel a part of the story as a movie-going voyeur.  His directional style was unsurpassed and definitely recognizable with unusual angles, extreme close-ups and scene framing, protagonist’s point of views, and fantastic story twists.  His techniques not only engaged the viewers but also ratcheted up the anxiety, terror and suspense – all without any gore.

Psycho, Vertigo, and The Birds played upon common, relatable fears to build suspense in the story, in addition to the crime, murder, and mayhem elements.

Hitchcock explained about the writing process of his movies: “The writer and I plan out the entire script down to the smallest detail, and when we’re finished all that’s left to do is to shoot the film. Actually, it’s only when one enters the studio that one enters the area of compromise. Really, the novelist has the best casting since he doesn’t have to cope with the actors and all the rest.”

Recently, I visited the California Mission in San Juan Batista where the Hitchcock thriller Vertigo was inspired and filmed in 1958.  The storyline revolves around a retired police detective turned P.I. suffering from acrophobia.  He is hired to follow the wife of an acquaintance.  Hitchcock filmed Vertigo mostly in the San Francisco area.

Interesting tidbit from Wikipedia about the movie Vertigo:

The Mission San Juan Bautista, where Madeleine falls from the tower, is a real place, but the tower had to be matted in with a painting using studio effects; Hitchcock had first visited the mission before the tower was torn down due to dry rot, and was reportedly displeased to find it missing when he returned to film his scenes. The original tower was much smaller and less dramatic than the film’s version.

What I find interesting as an author is that we can find inspiration from movies and especially from how movies are shot.  It’s true what they say, “show don’t tell” and it’s something that needs to remembered when writing any mystery, suspense, crime or thriller novel.  Don’t dismiss some of the classic black and white movies to find inspiration for your next book.  Or, the next time you watch a film see if you can pick out some of Hitchcock’s style.

Here are some of the photos I took a few weeks ago at the Mission San Juan Batista.  I tried to give them a little Hitchcock flair…

4 Responses to Me, Myself and Hitchcock