Posted on June 2, 2012 by jchasenovelist 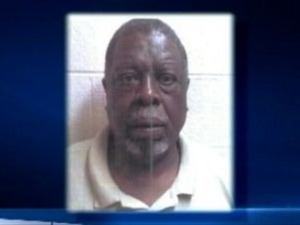 About a month ago, I published a post about a homeless man in Montana who walked into a police station and admitted to participating in a murder more than two decades ago.  This week in Washington, D.C., another cold case finally saw an arrest, this time for a killing that took place in 1975.  However, the alleged murderer did not offer himself willingly to the judicial system.  He instead got discovered when completing a background check for a job.

Bobby Coley, who is now 63 years old, was told by his potential employer that the check revealed there was some sort of outstanding warrant in his name that needed to be resolved.  When Coley walked into the Montgomery County Sheriff’s Office to discover the cause of the warrant and hopefully clear his name, he was arrested for first-degree murder.  As Coley had been in prison for other crimes at the time the warrant was issued in 1984, he had no idea it even existed.

Coley is accused of working with two other men to murder a man named Leopold Chromak and was allegedly paid to carry out this act by Chromak’s wife.  While no body has ever been found, police say, perhaps based on interview with the former Mrs. Chromak, that Leopold Chromak was smothered, wrapped in a rug or carpet, and then dumped.

With no physical evidence of a dead victim and 37 years that have passed since the alleged act, leaving many memories blurred and potential witnesses difficult to find, the case against Coley is hardly a strong one.  As of Thursday evening, the murder charges against Coley were dropped, due to insufficient evidence, but prosecutors reserve the right to reopen the case.

This is a man whose day definitely did not go as planned!  It’s a fascinating example of how our criminal justice system can track us down, but also manage to allow some to slip through the cracks for years.