Silencers: Great as Plot Devices and Not Much Else by Benjamin Sobieck

Posted on February 7, 2013 by jchasenovelist 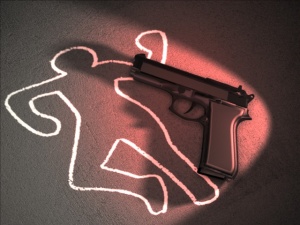 One of the most enjoyable aspects of being a thriller author is meeting talented, fun people.  My guest post today is by crime fiction author Benjamin Sobieck.  A wonderful writer and he pays close attention to those little details, especially when it comes to weapons in crime fiction.  I love that!  My Emily Stone Series could definitely take some instruction from this writer.  Take note all of you crime, mystery and thriller writers out there, there’s great information in this post.  I’m taking notes right now!  Welcome Benjamin Sobieck!

Silencers: Great as Plot Devices and Not Much Else

No one gets silencers wrong like thrillers and crime fiction. Be it TV, books or movies, these magical devices somehow take a controlled explosion of gunpowder and turn it into the sound of a gerbil sneeze. The truth is nothing like fiction.

I’m not here to point fingers. I’m not calling anyone out. I’d be a hypocrite if I did. I’ve used silencers inaccurately in my own writing, along with a couple other faux pas (“clip” vs. “magazine,” for example). My own mistakes are part of what led me to write “The Thriller & Crime Writer’s Guide to Firearms & Knives,” an e-book Writer’s Digest will publish in 2013.

Like that e-book, my aim today is to educate about silencers in fiction, much in the same way Ms. Chase does with her excellent criminology posts. If nothing else, writers and readers will be more informed on the topic.

For starters, “suppressor” is the technically accurate term. “Silencer” became adopted colloquially, and it’s easy to see why. These tubular modifications, screwed into the end of a barrel, reduce the sound of a shot being fired.

They don’t “silence,” though. They “suppress.” Which is why they’re called “suppressors.”

Generally speaking, the sounds they suppress are the sharp, high-pitch cracking ones. The rest of the shot’s sound will still echo all across that “dark and stormy night.” There are two reasons why.

First, what a suppressor does is trap the gas created by the ignition of gunpowder in the cartridge. It’s that gas that makes all the noise. Give it somewhere to go when it’s exiting, like the large tube of a suppressor, and much of the explosive noise is reduced.

However, like your uncle after a long afternoon at the buffet, not all that gas is contained before it can bother the senses. Some of it can make it past the suppressor and still make noise. The video above demonstrates this perfectly. (That’s not me, by the way.)

On that note, suppressors only work if the gas has some place to go. Tossing a pillow over a barrel, something I see in fiction a lot, doesn’t trap gas. There’s still going to be plenty of noise.

But let’s say a suppressor traps 100% of that gas. The shot is still going to make noise. That’s because of the sound barrier.

An object traveling faster than the speed of sound will create a sonic boom. And it’s going to be noisy regardless of how much gas the suppressor traps.

Sure, there are subsonic cartridges designed to stay under 1,126 fps. But that reduces the amount of force the projectile exerts on a target, called “stopping power.” When it comes to putting a character down, a lot of stopping power is a good thing. Not enough stopping power means a character may need some extra coercing to die.

This isn’t to say suppressors don’t make a difference. They certainly can. But in my experience as reader of fiction, that difference is exaggerated. “Silencer” is used literally.

Yes, creative license offers plenty of wiggle room. But the room between suppressors in reality and in fiction is more like a gulf. It’s like the difference between a car chase at 150 MPH and 300 MPH. One stays inside the suspension of disbelief. The other defies it.

The assassin that uses a suppressed pistol on a slimy crime boss sleeping between two mistresses is going to wake up the whole room. The police sniper with a suppressed rifle isn’t going to stay hidden on that rooftop when he starts firing. The bad guy shooting up a gas station with a suppressed shotgun while the police officer uses the bathroom might as well unscrew the damn thing.

In a nutshell, suppressors can’t defy physics. They can’t take away 100% of the noise of a gun shot. They can’t contain a sonic boom after projectiles leave the barrel.

So what can they do? They’re great plot devices. In thrillers and crime fiction, some characters just need to die without a lot of racket. Unless that changes, I doubt the use of these devices will either. But at least writers and readers know a bit more about them.

If you got something out of this article, be sure to check out my e-book, “The Thriller & Crime Writer’s Guide to Firearms & Knives,” due out in 2013 from Writer’s Digest.

Benjamin Sobieck is the author of the crime thriller novel “Cleansing Eden: The Celebrity Murders,” the Maynard Soloman crime humor series and numerous short stories. Writer’s Digest will publish his e-book, “The Thriller & Crime Writer’s Guide to Firearms & Knives,” in 2013. His website is CrimeFictionBook.com.

10 Responses to Silencers: Great as Plot Devices and Not Much Else by Benjamin Sobieck