Teenager Claims to Have Killed Dozens

Posted on February 25, 2014 by jchasenovelist 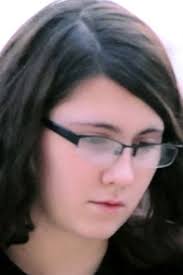 If nineteen-year-old Miranda Barbour’s confessions prove to be true, she could be one of the worst serial killers in our nation’s history. The Pennsylvania teenager and her husband were arrested earlier this month on charges of criminal homicide after allegedly stabbing and strangling a man they met through Craig’s List. Once in custody, Barbour readily shared that this was not her first experience with murder and had killed somewhere between 22 and 100 people over the last six years. But, this confession does not make for an open and shut case.

Barbour claims that she was involved with a satanic cult and only killed “bad people” in a crime spree that occurred across the country, from Alaska to Texas to Pennsylvania. However, law enforcement officials in the various areas she lived have no reason to believe she is connected to any murders and even a spokesman from the Church of Satan has gone to the media to disavow any involvement with her. Instead, relatives and others who know her state that she is a sexual abuse survivor who now exists in a fantasy world fueled by drug use.

Whatever her involvement may be with other homicides, the evidence pinning her to the death of Troy LeFerrara, the Craig’s List respondent, is pretty strong. Does she feel the need to make her crimes exponentially worse, if only through fiction? If so, why? Whether it is true or not that she has killed dozens of people, how do you handle such a young individual whose psychological framework seems to be so damaged?

I cannot help but be grotesquely fascinated by Miranda Barbour’s story. With her background of enduring abuse as a child, it seems that she has grown into a callous and violent adult, perhaps out of a seeming need for protection. If she has killed one man or fifty, she deserves to serve the punishment deemed appropriate for her crimes and perhaps her example will be one that experts can study for warning signs before tragedy repeats itself.

What are your views? Are we, as a society, creating more serial killers?

Don’t forget to join me:

4 Responses to Teenager Claims to Have Killed Dozens