Posted on July 2, 2014 by jchasenovelist 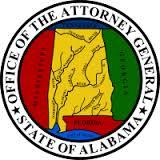 It is always good news when a serial sex offender is brought to justice and made to face the punishment for his horrific crimes. When the offender is accused of harming children, the call for swift and the harshest possible punishment is particularly loud . . . which is understandable.

Alabama’s Cold Case Unit showed impressive and dedicated work in putting forth evidence this week against Billy Wayne Cooper for alleged crimes committed between 1999 and 2004. He now faces multiple charges including both first- and second-degree rape as well as charges involving sodomy and other sexual abuse stemming from crimes he is said to have committed against three girls under the age of sixteen. If convicted, he will spend the rest of his life in prison.

Turns out, Cooper wasn’t too hard to track down once the evidence was in place to pin him to the crimes. He already is behind bars at Fort Leavenworth in Kansas for multiple sex crimes committed at U.S. military posts both here and abroad. So, even if he makes the $300,000 bond that Alabama has placed on him, he is not going to spend time as free man.

Congratulations to all of the hard-working investigators with the Cold Case Unit in their determination to get answers when the series of crimes ended a decade ago. This is yet another testament to the amazing work that law enforcement does every day.

These who were the victims of Mr. Cooper’s alleged crimes are all grown women now. I hope that they have managed to work through the wounds, both physical and psychological, that he certainly created and have come out even stronger on the other side. And I hope they find closure in knowing that the man who violated their innocence many years ago is now facing the consequences of his evil acts.

“Fast paced, leave no stone unturned and the story is equivalent to the caliber of Vince Flynn reads. “

“Author Jennifer Chase knocks the ball right out of the park with this story. Reminiscent of Daniel Silva reads the author creates a powerful story that twists and turns – keeping me white knuckled more than once.”

“I really enjoyed this book. It has all the ingredients of a good suspense, mystery story, and it’s well written. “