Posted on October 3, 2015 by jchasenovelist

Not just in America – but across the world – people have been plagued throughout recent history by the wicked actions of serial killers. Unnervingly, these living monsters – and their menacing eyes, disturbing thoughts and horrific acts – prey upon the innocent across the globe.

Although often glorified in the media, make no mistake about it – serial killers are of one society’s darkest creations. Here are three of arguably the most depraved serial killers who have hunted outside of America’s borders. 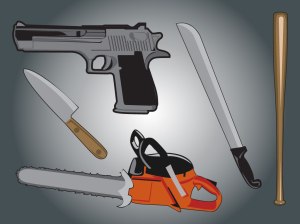 In 2003, the Brazilian courts convicted Filho for his maniacal killing spree, which spanned from 1967 to 1973. Filho is credited with 71 confirmed kills, but many suspect that this number is well over 100. Fliho’s homicidal actions began at the ripe old age of 14 with the murder of a local town official. By 18, Filho had already brutally murdered 10 people.

It has been determined that Filho was born with a brain injury – the result of a prenatal domestic violence incident. Afflicted with a pre-disposition for violence, Filho took revenge on his father, the violent man responsible for Filho’s harsh entry into this world. Filho killed his father. Cut out his heart. And ate it.

Denke was a good-hearted local merchant who gave to charity, and sold belts, suspenders, and pickled pork. He was also a murderous cannibal who killed and dismembered over 40 people in the town of Muensterberg during the 1920s.

So well-liked by his neighbors, the foul odors emitting from his home went ignored for many years. That’s until the fateful night when a passer-by heard screaming coming from Denke’s home. After the police discovered a man (still alive) covered in blood, Denke was quickly arrested – even though he claimed self-defense.

Arrested for assault, Denke hung himself in jail. Afterward, the police searched his home and found the material used for his belts, suspenders and pickled pork, i.e. human skin and tubs of pickled human flesh.

Regarded as on one of the most prolific serial killers in China’s history, Xinhai was arrested in November 2003. And executed three months later.

From 1999 to 2003, Xinhai killed over 65 people in central China. Calculating and obsessive, he would enter his victims’ homes in the middle of the night, and kill every living soul inside – children and adults alike. In order to carry out his twisted plot, Xinhai would use all types of murder weapons, including meat cleavers, axes, hammers and shovels.

Xinhai claims that the motive for his murder spree all stems from being dumped by his girlfriend, after she discovered he had a prior prison sentence for rape and burglary.

After reading this, is it safe to say that truth is scarier than fiction?

Meet Emily Stone, a vigilante detective and serial killer hunter. This book series trailer is not like any other. Check it out:

1 Response to Serial Killers: Not Just an American Problem