Posted on November 30, 2015 by jchasenovelist 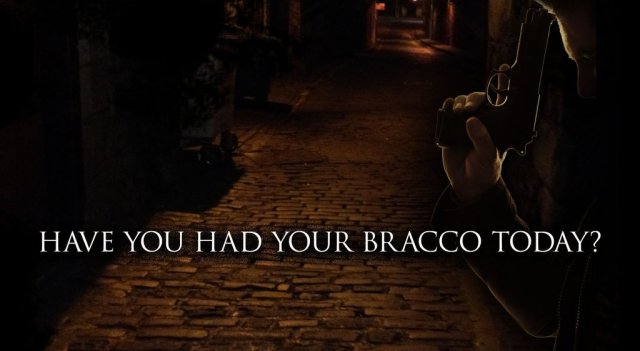 I’m very excited, actually make that REALLY excited, to announce a special collaboration for a FREE follow-along story KILLER ON THE LOOSE with friend and fellow author Gary Ponzo.  Every Monday you can read an original chapter about Nick Bracco, an FBI agent that heads a special anti-terrorist team.  And every Thursday you can read an original chapter about Emily Stone, a vigilante detective hunting serial killers. Will their paths cross?  There will be plenty of suspense and action, I promise, so you will just have to read the chapters to find out.  Please don’t be shy, we would love to hear your comments.

For more information about author Gary Ponzo and his best selling thriller books, please visit his Amazon Page and Website.

“Is it him?” FBI Agent Nick Bracco asked.

His partner, Matt McColm, craned his head forward and squinted through the powerful binoculars at the man sitting on the bus stop bench with a briefcase on his lap. They were on the third floor of the FBI’s Washington DC Field Office when Nick thought he spotted a familiar face below them.

Matt pulled the binoculars down and turned away from the window with a confused expression. “How?”

Nick shrugged. “I thought you killed him in Cairo?” he said to the FBI’s three time sharpshooting champion.

“I did. He was three hundred yards away and I had a perfect angle.”

Nick stared out the window and noticed a bus approaching the bus stop. He grabbed Matt’s arm and said, “Let’s go.”

They ran into the stairwell and scrambled down the stairs two and three steps at a time, Nick’s head pounding with the thought another threat this close to home.

“What’s he doing in DC?” Matt’s voice echoed off the cement walls.

“And what’s in the briefcase?”

“That’s what I’m worried about.”

They ran out of the stairwell toward the front door and two agents in the reception area immediately ran up and asked if they needed support.

“Yes!” Matt shouted. “It’s a Redball on the bus stop across the street.”

The two agents followed them out the front door into the bright sunlight and the muggy summer heat. As they ran to the curb, the bus was pulling away from its stop.

Matt looked at the other two agents and said, “Get a bird in the air, quickly. ”

The two agents hustled back into the federal building while Nick examined the numbers on the back of the bus. “That goes down Pennsylvania Avenue.”

Matt began to run toward the underground parking garage and glanced back at his partner. “C’mon.”

“No,” Nick said, beginning to jog across the street. “You get the car and I’m going to try to stay close on the sidewalk. Pick me up along the way.”

Matt sprinted down the street, while Nick negotiated the traffic with quick bursts of speed and a couple of hip checks around slow-moving vehicles. He ran onto the sidewalk and tried desperately to track the bus which was already a couple of blocks ahead of him. He needed help from a stoplight or passing police car. Something that could give him hope.

But when the bus turned down Pennsylvania Avenue and began pulling away, he slowed to a jog. The heat, the humidity, the years of chasing criminals, everything conspired to work against him. Nick was bent over catching his breath when he heard a horn and saw Matt’s SUV in the right lane with his partner waving for him to get in.

Nick jumped into the black Explorer and slammed his door shut. He leaned back against the headrest. “What’s he doing on a bus?”

“With a briefcase?” Matt said, pulling into traffic and flipping the emergency lights on the grill.

“Well,” Nick said, “the good news is he’s an assassin, not a suicide bomber. Whatever’s inside that case probably isn’t a bomb.”

“Good call,” Matt said, accelerating into the middle lane for turns and flying around a group of cars waiting at a light. He jammed on the brakes momentarily until he saw it was clear, then quickly sped through the intersection.

“There it is,” Nick said, pointing to a distant bus just as Matt pulled around a large panel truck.

Matt’s heavy right foot found more speed as he urged the cars ahead of him to move.

Matt jerked the steering wheel from side to side while Nick grabbed onto the safety bar and braced himself with his feet against the floorboard. “I’d like to be alive when we catch that bus.”

As Matt rushed along the left lane, Nick grabbed his arm. “Hold on a minute. If he spots us we’ll turn this into a hostage situation. We need to wait him out.”

“Too risky,” Matt said, still rocking the SUV between lanes. “We can’t afford to lose him.”

Nick flicked off the emergency lights. “Slow down, buddy. We’ve got time on our side. He won’t get away.”

Matt pursed his lips, then pulled his foot off the accelerator. “If you’re wrong about this—”

Matt grinned. Over a decade of partnering allowed Nick the freedom to call the shots. “Okay, but you’d better get on the phone and tell Walt what’s going on. And to keep everyone out of the area.”

Nick pushed a button on his phone, then put it to his ear. “Because I’ve got the cowboy with me. What could possibly go wrong?”