Posted on January 14, 2016 by jchasenovelist 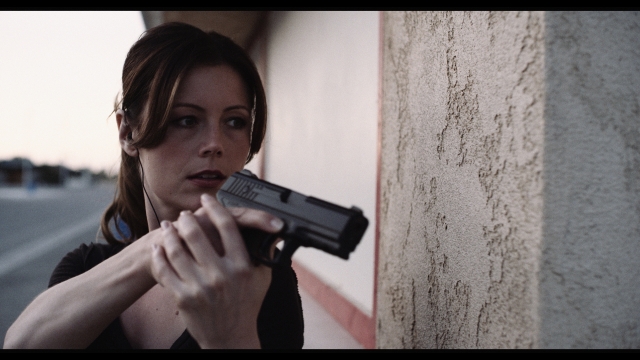 Emily rehashed the conversation with Nick and wished that he had given her more information. There was still hope that the girls were still alive.

“Em?” Rick interrupted. “What’s going on?” his tone was civil and even, but it had a definite sternness to it. His usual somber stare tried to read Emily’s face.

“Karl Saxon,” she replied. It didn’t make any sense to her, but she was going to get to the bottom of it.

“Who is Karl Saxon?” Rick insisted.

Ignoring the question, Emily turned and hurried back toward the compound.

“Emily!” Ricked yelled after her. “We only have about ten, maybe fifteen minutes, before the cops arrive.”

“That will have to be enough time,” she gritted her teeth and ran faster.

Rick didn’t have any other choice but to follow Emily.

“You have inside information from the FBI? From who? How?” Rick rapidly fired more questions at her. “How long have you been in contact with them?”

“I’ll fill you in on everything later—I promise,” was the only thing Emily managed to say.

The couple made it to the storage building in two minutes where the two restrained men waited.

Emily stormed the building and quickly decided which man she wanted. “Unhook him and stand him up,” she ordered Rick.

She felt her anger rise. She wasn’t going to let those girls die.

The man with a dark beard waited while Rick unfastened him, stood him up, and pushed him against the wall. It was the first time the captive showed any emotion—even if it was only mild distress mixed with idle curiosity.

Emily began, “Who are you working for?” She retrieved her weapon, but didn’t aim it at him.

The man blinked and looked past her.

“I said, who are you working for?” she demanded.

He slowly focused on her, eyes steady, but remained quiet.

Rick took a step forward and Emily stopped him.

Emily decided to take a different approach. She holstered her weapon and took a step closer to the man—inches from his face. “I know you—I know everything about you.”

The man snickered and kept his steady gaze on her.

“Yes, I do know all about you… from Karl Saxon.”

The man twitched slightly and his demeanor became stiff at the mention of Saxon—now there was fear in his eyes.

“See we’re on the same page.” Emily took out her phone and played the men’s previous conversation she had recorded. “What do you want to bet everything I need to know came directly from your mouth.”

“No,” replied the man. His breathing became shallow.

“What do you think Karl Saxon is going to say about it?” Emily laughed and searched his face. She caught the man’s gaze and demanded. “Where are the girls?”

She moved to the door. “Something wasn’t right about the house. It seemed staged.”

“Em, we have less than five minutes.”

Emily ignored Rick and raced to the main house.

NEW Follow-Along Thriller! What will happen next!

KILLER ON THE LOOSE: Chapter 11 Nick Bracco by Gary Ponzo