Posted on February 4, 2016 by jchasenovelist 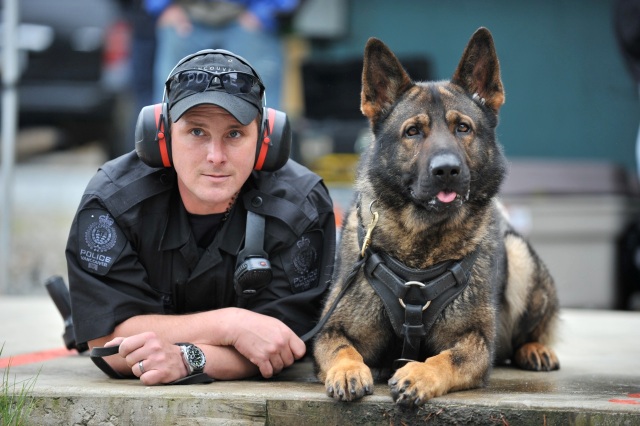 Dogs and humans share a deep, spiritual bond. For millennia, we have welcomed dogs into our world; opening our hearts and homes to these magnificent creatures. And, in return, dogs have given us companionship, undying loyalty, affection and, quite often, protection.

Here are four amazing dogs, who were called to the highest duty – to protect and serve their human family.

A valiant German shepherd, this NYPD search and rescue dog was a first responder during the aftermath of the heinous acts of September 11, 2001. Searching through the World Center for signs of life, Appollo sniffed his way through charred metal, broken glass and countless other dangerous obstacles.

Despite burned paws, cuts and wounds, Appollo would not stop in his tireless pursuit of finding survivors and victims. As a token of our deep appreciation, Appollo was awarded the Dickin Medal, the highest honor bestowed upon animals for their wartime work.

This black Labrador retriever was the United States’ first operational accelerant detection dog (and possibly, the world’s first). Mattie’s career with the Connecticut State Police began in 1986, and spanned 11 years, during which time she was responsible for aiding and solving countless arson investigations.

Port Authority Police Sergeant David Lim and his partner, a yellow Labrador retriever named Sirius were on duty during the terrorist attacks of September 11, 2001. These two heroes comprised the World Trade Center’s explosive detector team, and when the first plane struck the towers, Sergeant Lim and Sirius were called to action. Fearing for Sirius’ life, and the unknown horror that awaited him, Lim put 4-year old Sirius in his kennel for safe-keeping.

Lim, knowing that something awful had just occurred, but unsure of the magnitude, told his partner that he would be back soon for him. Lim, while trying to rescue victims of the attack, was eventually buried under the rubble of the collapsed tower, but was rescued five hours later. Sadly, Sirius did not survive the attack. On January 22, 2002, Lim was reconnected with his friend and partner, after Sirius’ remains were uncovered by rescue workers.

Sirius’ memory lives on, and some of his items have been donated by Lim to the 9/11 Memorial Museum.

A Canadian legend, Cloud II and his Constable partner were responsible for the capture of 123 fugitives. In addition to bringing down criminals, Cloud II helped his fellow Canadian citizens in countless other ways, including the rescue of many lost hunters and missing children.

During one of his most famed pursuits, Cloud II followed two suspects to an ice hut in a remote area. Bravely, the canine stormed the hut and emerged moments later with a loaded rifle. On that same night, Cloud II successfully disarmed a suspect by forcing him to drop his knife.

Dogs are amazing animals. And, like all living creatures, they deserve our love and respect. Is there a special dog in your life? I’d love to hear about it!

3 Responses to K-9 Cops: 4 of the All-Time Greatest