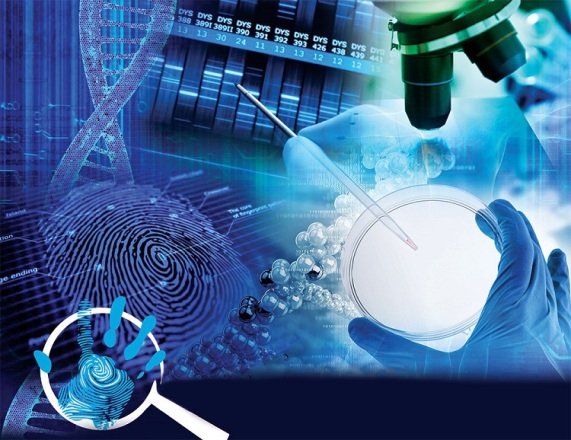 Recent advancements in DNA technology has helped law enforcement lock up criminals who, years ago, would have most likely escaped justice.  But, thanks to the efforts of forensic scientists, DNA analysis has dramatically increased in accuracy and reliability.

Here are two cases where ingenious DNA analysis methods led to the arrest of high-profile killers.

The Killing of Yara Gambirasio

In this case—an Italian child killer was arrested because of DNA evidence found on the back of an old postage stamp. That’s right. The arrest of a murderous villain was due to the tireless efforts of Italian law enforcement and their smart use of amazing DNA technology.

The horrible saga began in November 2010 with the disappearance of 13-year old Yara Gambirasio in the quiet Italian village of Brembate di Sopra.  After the girl’s mutilated body turned up in a field near her home, the police began an unprecedented manhunt for the killer.

Using DNA evidence found on the girl’s clothes as a starting point, the police collected over 18,000 DNA samples during their lengthy investigation. Many of the samples were given voluntarily from the local male population.

Particularly, a significant amount of the DNA samples were taken from young men who frequented a nightclub located near where the young girl’s body was found. This is when the police received their first lead. One of the men from the nightclub had DNA very similar to that of the killer. The police now knew that the killer was a close relative of this man.

The police then began to investigate the family of their only solid lead. The problem was, this man’s family was huge. Eventually, the investigation led to the home of a deceased uncle—Giuseppe Guerinoni. By this point, the investigation was two years old, and the police were growing frustrated.

The wife of the deceased uncle provided the police with a box containing documents, one of which was a letter with a stamp affixed to it. So, the police tested the back of the stamp for DNA. Voila! There was a DNA match. The problem was, this man had already been dead for 11 years prior to the murder.

The genetic soap opera then led to the revelation that this man had an unknown illegitimate son. So, the police had to continue their investigation by testing over 500 women who had encountered Guerinoni during his lifetime, with the hopes of finding DNA similar to that found on the victim’s body.

Eventually, the police identified the mistress. And, they also identified the main suspect, which was her son, Massimo Giuseppe Bossetti, a married father of three. Using the rouse of a roadblock and breathalyzer test, the police obtained Bossetti’s DNA. It was a match.

Bossetti was soon arrested, tried for murder and sentenced to life in prison.

In this widely publicized case—a serial killer, who avoided justice for over 40 years, was brought down by a crime writer and a commercial genealogy website.

On April 24, 2018, California police arrested 72-year old former police offer Joseph DeAngelo for the murder of eight people. Known as the “Golden State Killer,” DeAngelo committed murder, rape and burglary over a 12-year period, spanning from 1974-1986. And, although DNA evidence has only been able to link him to eight murders, police believe that he has killed at least 12 people, raped 50, and burglarized over 100 homes.

DeAneglo’s crime spree occurred in both Southern and Northern California. And over the past 27 years, he lived a quiet suburban live while working as a mechanic. His short time as a police officer in the 1970s ended when he was caught shoplifting. And, it is now known, that some of his horrific crimes overlapped with his time in law enforcement.

Several years ago, the now-deceased crime writer Michelle McNamara took an interest in this case. She dubbed DeAngelo the “Golden State Killer,” and her goal was to aide police in finding this psychopath. At the time of her unexpected death, McNamara was working on a book regarding her investigation into DeAngelo. The book was finished by her actor husband Patton Oswalt, as well as a case researcher and an investigative journalist. Her investigation into the killer is believed to have helped reignite a renewed law enforcement effort into capturing DeAngelo.

A few months prior to his arrest, police uploaded DeAngelo’s DNA profile into a personal genealogy website known as GEDmatch. The killer’s profile was obtained from an intact rape kit that had been collected from one of his victims in Southern California. The genealogy website identified 10 to 20 distant relatives of DeAngelo.

Based on this evidence, police were able to narrow the suspects down to the Golden State Killer and one other man, who was eventually ruled out due to further DNA analysis. This left DeAngelo as the prime target. About a week before his arrest, DeAngelo was tailed into the parking lot of a department store. The police swabbed his car’s door handle for DNA evidence. Then, they went to his home, and collected a DNA sample from a tissue found in his garbage.

Only four months elapsed from the time of law enforcement’s search on the genealogy website to his arrest. In that time, police utilized all available DNA technology to their advantage. And, the result led to the incarceration of one of the most dangerous men this nation has ever seen.

DeAngelo is behind bars awaiting trial for his horrific crimes.

These cases prove—once again—that truth is often stranger than fiction. And although modern technology has its drawbacks with respect to privacy and common decency, cutting edge DNA analysis is certainly one advancement that has yielded positive results.

SCENE OF THE CRIME