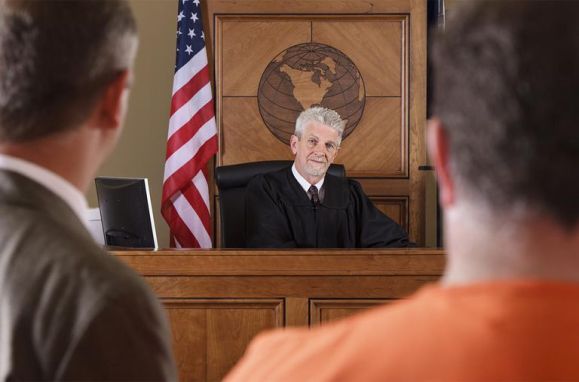 If you’re a fan of crime fiction and even true-crime stories, the issue of ‘evidence’ is usually at the heart of the story. But, what’s the deal with evidence? And how does it help a prosecutor build a case?

Well, it’s probably best to start at the beginning. A person commits a crime and then is arrested. Now, in order for the prosecution to build their case, they need evidence – and usually, lots of it. Because, in order to put someone behind bars, the jury needs to be convinced – beyond a reasonable doubt – that the defendant committed the crime. And “beyond a reasonable doubt” is a very high standard!

Here’s the basics of “evidence”

Simply put, evidence is anything that can help prove a crime was committed. And that the person who was arrested committed the crime. Evidence also helps prosecutors establish all of the key elements of the alleged crime.

For example, say a person is arrested for robbery. Well, in order to convict that perp, the prosecutor needs to establish the following four things: (1) property of another person was taken (2) from their body or in their presence (3) by force, threat or intimidation (4) with the intent of permanently depriving that person of that item.

In that scenario, evidence needs to be lawfully obtained so that the state can establish that the incident satisfied all four of those requirements.

Evidence can be a wide range of items used to prove or disprove the issues that are presented to the jury. Things from eyewitness observations to an analysis of blood spatter all fall within the category of evidence.  Timelines, phone calls, distances between people and places, and someone’s eye color can all be used as evidence.

Taking all of the evidence into account, the jury can then draw inferences about the crime and whether the perp was the true culprit.

In both criminal and civil cases, evidence exists to establish the truth that lies somewhere between the parties conflicting versions of reality.

In criminal matters, however, the introduction of evidence needs to be weighed against the accused’s right to a fair trial. And, because of that, the rules of what evidence is allowed to be seen by the jury is much stricter in a criminal case. The reason is simple – if the evidence’s prejudicial value outweighs its fact-finding value, a person could potentially wind-up in jail for a crime they didn’t commit.

Whereas, in civil cases, almost anything that can shed light on the facts is allowed. And that’s because, only money is involved, and no one is in jeopardy of being deprived of their freedom and potentially, their life.

Who governs the rules of evidence?

The American legal system is derived from the English “common law” system, which is basically a system of laws that are shaped by court cases, as opposed to actual written laws. So, when a new court case decides something novel, all of the following cases must follow that “precedent.” As the American legal system has evolved, more and more of our laws have become written statutes.

And, for the first couple of hundred years, evidence rules were based on precedence. But, in 1975, the United States issued the Federal Rules of Evidence (FRE). Only federal courts are bound by these rules, but most state and local courts use the FRE as models for their own rules.

What all of this means is this – every court case in the United States must follow codified, written rules concerning how evidence is used.

Evidence comes in all forms, and despite fulfilling different purposes, the goal of all evidence remains the same – prove the case beyond a reasonable doubt.

Circumstantial evidence is something we always hear on television. Basically, all it means, is evidence that provides a piece of information that strongly suggests a set of circumstances but does not rise to the level of proof positive. For example, witnesses say that a white SUV was involved in a hit-and-run. The person arrested for the crime drives a white min-van.

Same color. Large auto. But different auto models. The eyewitness testimony is circumstantial, and no one will close the book on the case based on this information. But this evidence is surely a step in the right direction. And combined with other evidence, the case can hopefully be proven.

Another form of evidence is forensic. This type of evidence can greatly help a case, but in order to be allowed, the science behind the forensics must be well-established. So, DNA and fingerprint evidence are generally accepted science, and therefore, allowed. But, for more fringe science, the court will have a hearing to determine whether the scientific evidence can be presented to a jury.

Last but not least is the infamous “hearsay” evidence. Simply put, hearsay is a statement made by someone other than the person repeating it in court.  For example, Lucy is being prosecuted for the murder of Mike. The prosecutor calls Lucy’s friend Jane to the stand. Jane then testifies that Lucy confessed the murder to their mutual friend Shirley. Since Jane did not hear the confession first-hand, this is considered hearsay.

Generally, since hearsay is second-hand information, it is deemed unreliable and generally not admissible as evidence. But, of course, just like everything in the legal system, there are many exceptions to this rule.

If evidence is obtained in violation of a defendant’s constitutional rights, it will not be permitted to be used in a criminal case. The most common instance of this situation is when property is seized from someone without a proper search warrant.

And that leads to the concept known as the “fruit of the poisonous tree.” Any evidence obtained after the initial violation of a defendant’s rights is now tainted and not allowed (even if the evidence is a slam dunk.) So, for example, let’s say the police have suspicion that Jack is selling cocaine in his house. But they fail to get a warrant and while searching the home, they discover a stockpile of illegal firearms. The guns will most likely be excluded from evidence, unless the prosecutor can meet one of the several exceptions.

Evidence law is a very complex system of rules that aim to balance the interests of a secure society with that of every individual’s constitutional right of due process. This topic is very broad and interesting, and I’d love to hear your thoughts on what area of evidence law you find particularly intriguing.

Are COLD CASES on the Rise? A Chat with Cold Case Detective and Crime Media Consultant Joe Giacalone