Posted on January 10, 2014 by jchasenovelist 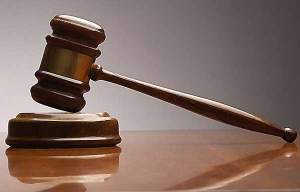 As we move more into the New Year and leave the flurry of the holidays behind, it is time for me to catch up with some writing about several of the news stories involving criminal psychology that have developed over the past month or so. One case that quickly received national attention and sparked contentious debates about parenting and wealth came out of Houston, Texas.

Ethan Couch is a sixteen-year-old boy who stole some beer, drove a truck containing with seven passengers while admittedly drunk and then tragically killed four pedestrians.

During trial, he pled guilty to four counts of intoxicated manslaughter and intoxicated assault. Instead of being sentenced to time behind bars as the person responsible for four deaths, Couch was given ten years’ probation and ordered to a year-long rehabilitation facility for which his parents are paying $450,000.

A term that came out of this trial, as it was used by the psychological expert for the defense, is “affluenza.”  It was also been referred to as sudden-wealth syndrome for the guilt or lack of motivation experienced by people who have made or inherited large amounts of money. Couch had never faced the consequences of any of his wrongdoings because his family’s wealth had protected him (as well as, it appears, because of his parents’ decision to ignore or passively condone past bad behavior).

Would a poor teenager whose parents did not have societal influence and money to send him to a posh resort for treatment have been afforded the same light treatment? Many critics, including quite a few elected officials and prosecutors within the state of Texas, argue no.

Affluenza is not an officially recognized disorder and not one that I have seen in my research as being used to explain away deadly actions as has happened in this instance. For the family members of Couch’s victims, the questionable diagnosis is hardly one that brings resolution.

What do you think about the term “affluenza”?

Whether or not you believe it should be used as a defense in a criminal matter, do you believe that some young people never feel the weight of their poor decisions due to the protection of wealth?

A Horrible Day Now Relived through the Release of 911 Calls

Senseless Crime is Even More So When Committed by Children

3 Responses to The “Affluenza” Defense