Posted on December 3, 2013 by jchasenovelist 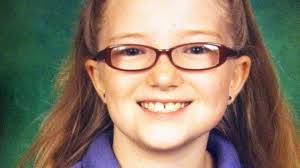 When allowing yourself to go deeply into the world of criminal psychology and study the minds of those who commit some of society’s most heinous acts of violence, there is no personality more disturbing than one who would harm a child. Whenever we read about a child who has been beaten or raped or murdered, we understandably ask “Why?!” And, even if we have the opportunity to hear from the perpetrator himself, we rarely get answers that makes any sense.

Austin Sigg has confessed to kidnapping and dismembering ten-year-old Jessica Ridgeway last year in Colorado, when he was only seventeen years old. Last week, he was sentenced to life in prison for his crimes against Ridgeway as well as the attempted kidnapping of a jogger. If his fellow inmates allow him to live out his life expectancy, which can be questionable for inmates with a record such as his, Sigg has many years behind bars in front of him.

Sigg grabbed young Jessica and bound her arms and legs together in his car, according to tapes just released by police detectives. He then took her back to his home, where he completed his violent acts. When asked for his motive, all he could say was that his location, his victim and his timing were all random. Police did note that Sigg had a long history of watching pornography and graphic videos of violence against children.

So, that is what the family of Jessica Ridgeway is left to try and comprehend. Their little girl was taken and killed by chance. She suffered at the hands of this criminal who had long disturbed others in the neighborhood and who was handed over to authorities by his own mother. I am not sure how they come to find a sense of peace following something so senseless.

How does someone move forward after a loved one is murdered, especially when the victim is a child?

For those who have knowledge in this area, I would love to know your thoughts.

Serial Killers Who Prefer a Partner in Crime

What Have We Learned From Serial Killers?