Turning to Crime for Attention in the Digital Age 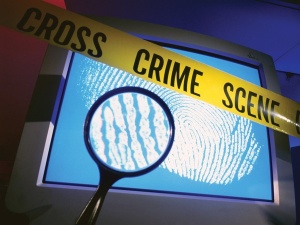 In a story that has been gaining national media attention and public outrage over the past few days, a mother in New York has been arrested on murder charges for allegedly poisoning her five-year-old son with salt. Evidence shows that she may have been doing this periodically over much of the young child’s life, growing to feed off the attention and sympathy she was receiving from social media and those she knew. And who would not want to extend compassion to a single mother whose son was struggling with scary, life-threatening medical issues?

The term for the condition in which an individual fakes an illness or intentionally makes himself sick, or a parent or caregiver leads others to believe the person who has been entrusted to her is ill, is Munchausen Syndrome. This psychiatric issue occurs because a person craves the attention that being sick can bring.

I will not feed into the twisted desire for fame by posting the alleged murderer’s name here, but her arrest had me thinking about the greater connection between criminal behavior and social media. Young people are using Facebook and Twitter to form mobs that ransack convenience stores and shopping malls. People take to their computers or smart phones to brag about crimes they are currently committing. Marginalized individuals can now find refuge on the internet and find a community of like-minded people urging them to exact revenge those who have supposedly wronged them. The line between fantasy and reality is so easily blurred.

In the case I used to start this piece, the fantasy that this disturbed woman was creating of her life meant a very real life of unnecessary pain for her young boy. With charges of second-degree depraved murder and first-degree manslaughter, if found guilty her fatal efforts will land her in a very anonymous prison not in line with the celebrity she craved.

What are your thoughts? Do you think our age of social media, in which everyone can be a star through YouTube and “selfies” but yet people are claiming to be lonelier than ever, helps to perpetuate a person’s tendency toward criminal psychiatric issues?