Discovering the Background of a Child Killer

Posted on September 19, 2014 by jchasenovelist 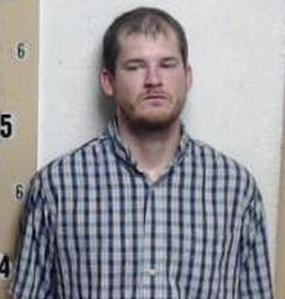 Whenever we see a news story about an act of violence against a child, one of our first thoughts is to wonder what could be going on inside the mind of a person who would harm one of the most innocent among us. In a story that has grabbed national headlines over the past week, the father of an accused killer is speaking out and sharing that his son’s mental issues did indeed play a role in the heinous crimes with which his son is charged.

Timothy Jones, Jr. has confessed to killing his five young children “by violent means” sometime late last month. He then placed their bodies in garbage bags and dumped their remains along a road in Alabama after several days of travel. He eventually was arrested at a police checkpoint for DUI and the story unfolded from there.

Jones’ father has told the media that his son is not the monster that is being portrayed in the public and that he is concerned his son will not get the psychiatric attention he needs while behind bars. He insisted that his son was a loving dad. But an investigation also has revealed a messy divorce that took place following an affair between Jones’ wife and a neighbor and resulted in Timothy Jones, Jr. having primary physical custody of the children, previous complaints filed with child protective services, and observations of the five children being dirty, hungry, and not in school.

There also is the detail of Jones’ use of a synthetic marijuana plant and the discussion being had in legal and medical circles about the effect that these chemicals can have on one’s judgment and even sense of reality.

The real tragedy, what cannot be forgotten, is that five little kids lost their lives. It makes no sense. But it is important that we try to understand, to look into Jones’ background and psychological history and relationships, so that law enforcement and social services will be better equipped to prevent such a horrible crime from happening next time.