Technology is a wonderful tool that has changed the fabric of our lives. But, on the flip side, our dependency on technology can have frightening consequences. And that leads us to the scary phenomenon that is occurring across the globe – cybercrime. The good ol’ days of criminals robbing people at gunpoint (sarcasm, obviously) is slowly morphing into more scalable heists.

Basically, criminals are now confronted with a terrifying truth. And that is—why rob one poor sucker, when, in the same amount of time, I can steal from millions of people?

Not only is cybercrime the wave of the future, but so are other horrifying crimes that will emerge as a result of our fast-paced, economically connected, globalized society.

Here are five crimes that will most certainly keep law enforcement busy in the coming years.

With the promise of extending the lives of the sick and elderly, and finding cures for our most ruthless diseases, genetic engineering has a significant upside. Like most technology, genetic engineering capabilities will continue to expand and become more accessible to a larger pool of people. And with the greater access comes the potential for devastating consequences.

Criminals who are determined to wreak havoc on the human population with the goal of destabilization for their own gain is a real possibility with genetic engineering.

One potential negative of this form of technology is the creation of catastrophic new life forms that could potentially cause significant harm to our population. Another possible threat is the production of extremely contagious new diseases.

And, of course, there are also evil people out their lurking in the shadows. So, it is certainly in the realm of possibility that some of these creeps would try to experiment with human editing, such as creating people with extreme aspects, such as extra body parts or even psychological extremes, like high levels of fear and anxiety.

So much of our life has been fully integrated with technology. Our personal communications, bank accounts, and work product are pretty much just sitting online waiting for an attack.

Because our personal and work lives are just ripe for the picking, clever criminals will continue to develop methods of seizing our assets. And, once our accounts have been hacked and immobilized, perps will extort the public by asking for large sums of ransom payments in exchange for the return of the accounts.

While so-called ransomware is not entirely new, many experts believe that future cyber extortion tactics will reach terrifying heights in both scope and scale. 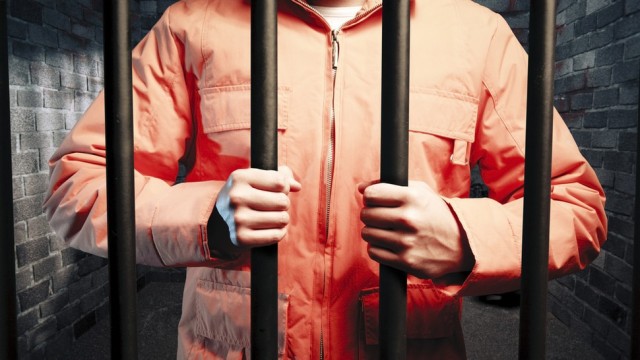 The laws and regulations governing the ethical and legal use of drones are still being drafted. So, currently, it is essentially the wild west of drone use. Criminal enterprises are probably already figuring ways to utilize drones for their own nefarious operations.

In the future, one could easily imagine drones being used to transport contraband, such as weapons and drugs. Another potential avenue for criminals is to use drones to spy on people (which, of course, governments already do). But, can you imagine if drones become so accessible that any person could use a drone to spy on and stalk their prey? It would be terrifying.

Of course, one of the scariest aspects of a potential criminal use of drones is the weaponizing of this technology for private use. Such reality is most likely not too far off in the future. And this could have devastating consequences because a killer would be able to commit murder without ever being in the same vicinity as their victim.

Experts speculate that the psychologically scarred, battle fatigued soldiers who returned from World War II brought with them the demons and scars that spurred the so-called “golden era” of serial killers. Essentially, the children of some of these men became part of the huge amount of convicted serial killers that roamed our country from roughly 1950 – 2000. Fortunately, the number of serial killers dwindled in the 21st Century.

Along those lines, some believe that the aftermath of the 2008 global financial depression that led to the destruction of families—on a scale that is not yet fully understood—will result in a new generation of serial killers.

Criminologists assert that the seeds for a serial killer are planted when a child is around 5 years old.  And that the killing usually starts when these psychos are around 28 years old. So, with that logic, our nation could see a significant upswing in serial killers around the year 2030. For our sake, let’s hope that this theory will be disproven.

The emergence of artificial intelligence (AI) has been an exciting time in human history. AI impacts the way we work, play and live. Everything from Siri to Netflix uses some form of AI to enhance our daily lives. But, what if some malcontents began to really exploit AI by using it as a method to commit crimes and cause chaos?

Well, the consequences could be catastrophic. In the future, automated trains and driverless cars will be the norm. And if the software was corrupted by an evildoer, then the results could lead not to just massive auto and train accidents, but traffic jams that could result in an entire paralysis of the world’s transportation grids.

Other potential crimes stemming from the manipulation of AI are massive power and data outages. By corrupting AI that is used to facilitate the smooth running of our data and power infrastructures, criminals could throw us into the dark ages and selectively chose what segments of society to cut-off from indispensable services.

As if we didn’t have enough to think about, now we have to worry about speculative crimes of the future. I hope you found this post interesting, because it was certainly an eye-opening experience for me. Are there any crimes of the future that you believe should be included on this list?