Posted on December 12, 2013 by jchasenovelist 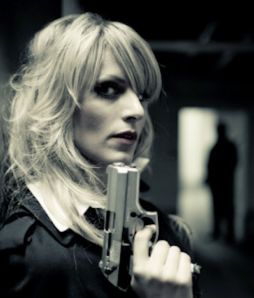 Dead Burn was definitely the most challenging crime thriller I have ever written to date, but I loved every second of it.  I pushed myself to raise the stakes for vigilante detective Emily Stone.  There were times that I was so exhausted from writing some of the action sequences that I could barely type out the words.  I had to take frequent breaks and leave my computer behind as I took a walk, played with Sarge, or exercised.  Even still, I relived the scenes and revised them in my mind until the events came to an end.

I wanted to share an amazing review I received recently on Amazon, which blew me away.  My deep appreciation and thanks goes out to readers that enjoy the Emily Stone Series. 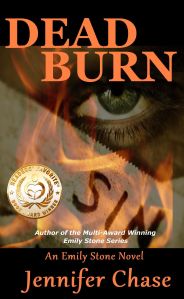 This book was recommended to me by someone who knows how much I loved the Vince Flynn books.

Jennifer Chase’s style of writing reminded much of Flynn’s and I liked how easy it was to connect with the main character.

A chapter into the book, I stopped reading to buy two more books by this author as I knew I’d found a new favorite writer.

I liked the main character Emily- she was intuitive, took action and didn’t let anything (or anyone) get in her way.

The additional characters complement the action well and give you some good action packed moments. I don’t want to give out any spoilers but I just knew who was going to end up in the body bag and was glad the author put the character in it.

The dog was a good addition to the story line and made Emily more real in my opinion.

The attention to detail throughout was great. I felt the characters spoke realistically –such as when Jordan was confronted and dropped his backpack, I could see him saying exactly what he said.

Red was gritty (and a tad shady and creepy to me). His underlying nastiness was like a low electric current throughout – you knew it was there and held your breath waiting for him to make his next move.

If you like action stories with good police/forensic detail – I think you will be as sucked in as I found I was. Rarely do I buy a second (and third) book by an author before finishing the first book- this was a no -brainer to do.